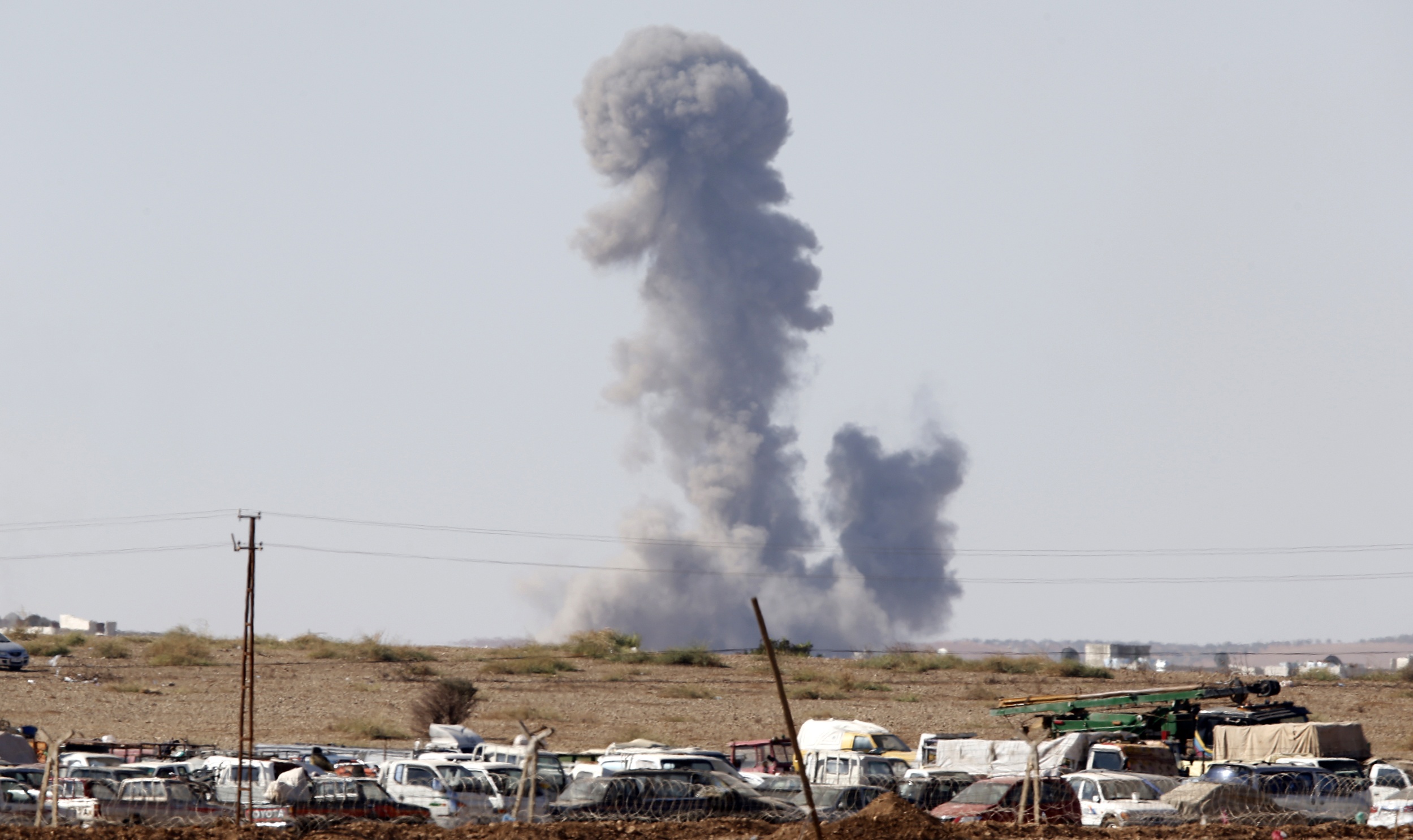 As the U.S. continues to target ISIS militants from the air, half of Americans are opposed to sending U.S. ground troops to fight ISIS in Iraq or Syria, but 44 percent support that, according to a new CBS News poll, an uptick from last month when 39 percent backed the use of U.S. ground troops.

Most Republicans favor using U.S. ground troops, while most Democrats and half of independents are opposed.

But most Americans think ground forces will eventually be needed to defeat ISIS. Sixty-five percent say U.S. ground troops will be necessary to remove the threat from ISIS, while just one in five thinks airstrikes alone will work. Even those who currently oppose ground troops are inclined to think they may be necessary.

There continues to be broad support for U.S. airstrikes against ISIS militants in both Iraq (73 percent favor) and Syria (72 percent). This action is favored by majorities of both Republicans and Democrats.

But are these airstrikes war? At this stage, 56 percent of Americans consider the current air campaign against ISIS a military action but not a war, and 40 percent do think the U.S. is at war. Republicans are more likely than Democrats to view U.S. airstrikes against ISIS as a war.

After weeks of airstrikes against ISIS, 53 percent of Americans are now very concerned that U.S. intervention in Iraq and Syria will lead to a long and costly involvement there, up 13 points from last month, before the U.S. launched airstrikes in Syria. Another third are somewhat concerned.

U.S. airstrikes in Syria have been underway without authorization from Congress -something the public thinks is needed. Six in 10 Americans think military action in Syria should have Congressional approval. A third believes the President can act on his own without the approval of Congress.

Congress is currently in recess until after the midterm elections, but most Americans (80 percent) would like to see Congress return to Washington to debate the issue of military action against ISIS militants.

Nearly a month after his speech addressing the situation with ISIS, most Americans remain unconvinced that President Obama has a clear plan for dealing with the militant group. Fifty-six percent don't think he has a clear plan, virtually the same figure as last month.

Sixty-one percent of Americans still see ISIS as a major threat to the security of the United States. Most of the interviews for the poll were conducted after news broke of the killing of another British aid worker by ISIS.

Meanwhile, concerns about a terrorist attack in the U.S. are at a level similar to last month, but they are slightly higher compared to March of this year, before ISIS emerged as a threat. Fifty-four percent think an attack on the U.S. is at least somewhat likely, including 15 percent who think that is very likely.

The president's job approval ratings on specific issues remain in negative territory. Fifty-one percent of Americans disapprove of Mr. Obama's handling of terrorism while 42 percent approve - just one percentage point above his all-time low reached last month. Even fewer - just 40 percent - approve of his handling of the terrorist group ISIS.

The president gets similarly net negative ratings on his handling of the economy, and receives particularly low marks for his handling of foreign policy - just 35 percent approve.

Mr. Obama's overall job rating also remains more negative than positive, and little changed from last month: 42 percent approve. Seventy-six percent of Democrats continue to approve of how the president is handling his job, while 85 percent of Republicans and 57 percent of independents disapprove.

There is some positive news for Mr. Obama, however. Most Americans - 52 percent - think that he has strong qualities of leadership, while 46 percent do not.

And while 55 percent of Americans have at least some confidence in President Obama's ability to deal with an international crisis, just 25 percent say they have a lot of confidence - similar to last month.

This poll was conducted by telephone October 3-6, 2014 among 1,260 adults nationwide, including 1,068 registered voters. The sample size for likely voters is 575. Not all likely voters are assigned the same probability of voting.

Data collection was conducted on behalf of CBS News and The New York Times by SSRS of Media, Pennsylvania. Phone numbers were dialed from samples of both standard land-line and cell phones. Interviews were conducted in English and Spanish. This poll release conforms to the Standards of Disclosure of the National Council on Public Polls.