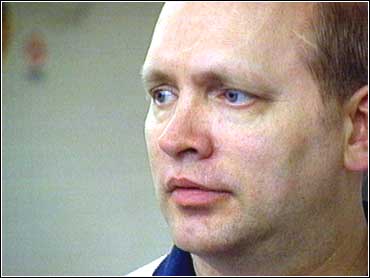 In December 1978 someone walked into the Huling family's secluded home in St. Cloud, Minn. First the intruder shot Alice Huling and killed her.

Then the killer went after Alice Huling's four children, who were in bed upstairs. "My brother said, 'Who are you?'" Bill remembered.

"The person raised the gun up toward him and shot. And at that point, I became very scared and just pulled the cover over my head and (lay) in bed," he added.

Bill's 13-year-old brother Wayne was dead. Next the intruder shot and killed Bill's older sisters, Suzy and Patty. Then the man returned to Bill's bedroom and shot at him twice at point-blank range. Both shots missed.

After the killer left, Bill, then 11, ran almost two miles to the neighbors for help.

Although there were several suspects, no one was charged with the murders because there was not enough evidence. Two decades after the crime, a determined band of detectives decided to try to crack the case. Erin Moriarty reports on what happened.

In 1978, four days after the Huling murders, police stopped Joe Ture in a stolen car. Inside, they found a list with hundreds of women's names, along with license tags and telephone numbers.

"He'd have a description of what she wore, looks like; he had over 100, close to 200 waitresses, where they worked, what they wore, what they drove," Doolittle said. But this wasn't enough evidence to hold Ture. He was released and remained free - at least for a while.

In 1980, Ture raped and killed a 19-year-old waitress, Diane Edwards. Three weeks after that, Ture raped another woman. Instead of killing her afterward, he dropped her off in an alley.

In 1981, he was charged with the murder of Edwards, convicted and sent to prison.

In 1996, the cold case unit of the Minnesota Bureau of Criminal Apprehension reopened another case, the murder of 18-year-old Marlys Wohlenhaus, who had been beaten to death in June 1979, also in rural Minnesota. No one had ever been arrested in the Wohlenhaus case. While investigating that case, detectives stumbled across a link to the Huling murders, which had occurred five months earlier and 150 miles away.

When the cold case unit decided to reinvestigate the Wohlenhaus case, one of the suspects was already in prison for killing a young girl. That man was Joe Ture.

In 1981, Ture had allegedly confessed to his cellmate that he had killed Marlys Wohlenhaus. He also confessed to the Huling murders. In the confession, Ture said that he had found Wohlenhaus at home alone and had asked her to have sex with him. When she refused, he attacked her with a hatchet. Investigators said that some of the details he gave in the confession were not known to the public.

But even with these confessions, Ture wasn't charged in either case. For one thing, he denied dictating the confession. He said he had signed blank sheets of paper on which his cellmate had written lies.

The only persn who said that Ture did indeed dictate the confessions was his cellmate.

Ture had an alibi for the day Wohlenhaus was killed, Ture said. He was signed in at his job with Ford Motors, he said.

Investigators believed that for almost 20 years - until Everett Doolittle, the head of the cold case unit, decided to double check. It turned out the Joe Ture at work that day was actually Joe Ture Sr., his father.

At that point, Ture became the chief suspect in the Wohlenhaus and Huling murders. But when 48 Hours first aired its story in 1996, Doolittle didn't have enough evidence to convict him. That changed after the broadcast.

Among those watching was Lavonne Engesether. She - and dozens of other women - recognized Ture as the man who had attacked them years earlier. Many were waitresses, including Engesether.

Engesether and another victim both say at the time police urged them to forget about the incidents. "It was a 'boys will be boys' mentality," Nancy said. "You know, 'So he got a little out of control. Nothing happened; you're OK.'"

Find out what happened this time when they approached police after seeing the broadcast, in A Cold Case Heats Up.

Peter Chadwick’s life on the run

The Station nightclub fire: What happened and who's to blame?
Thanks for reading CBS NEWS.
Create your free account or log in
for more features.
View CBS News In
CBS News App Open
Chrome Safari Continue
Be the first to know
Get browser notifications for breaking news, live events, and exclusive reporting.