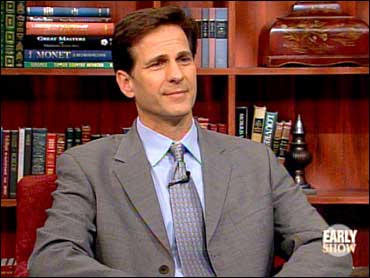 Osteoarthritis is a pain in our joints that we'll all get sooner or later, if we live long enough.

But, says one expert, you can delay it a long time if you take care of yourself, especially when you're young.

Osteoarthritis is something people should think about preventing, or at least delaying, when they're still in their 30's and 40's, or even younger, according to Dr. Jason Theodosakis (also known simply as Dr. Theo!), a specialist in sports and preventive medicine, and an assistant professor at the University of Arizona College of Medicine.

He says many people don't realize arthritis starts when they're young, long before its joint pain emerges.

The incidence of osteoarthritis is rising rapidly, and a contributing factor is that lack of awareness of when it actually begins, Theodosakis says.

Osteoarthritis, he explained, occurs when cartilage in the knee and other joints wears away. But since there are no nerve endings in cartilage, there's no pain associated with the condition in its early stages. The pain doesn't begin until the deterioration of cartilage is fairly advanced. But once it does begin, it affects many people.

It is the No. 1 source of pain in older Americans.

Again, he stressed, it's a young person's disease, too.

When we are in our 30's and 40's, our joints generally feel fine, Theodosakis observes. And arthritis isn't even on our radar. But it should be, because arthritis may already have begun to form and accelerate.

He demonstrated one very early sign: If you hold you leg in front of you and raise your foot, if you feel a crunching in your knee, osteoarthritis has already begun.

Yet another sign is a dull ache deep in a joint, not unlike a toothache. In its early stages, it goes away but, just like the stiffness just mentioned, it's enough of a sign that arthritis is developing that you should be evaluated by a physician who's familiar with arthritis and its symptoms.

1. Lose weight, or at least avoid gaining. Extra pounds are awful on joints: They increase the burden on them, and have a destructive metabolic effect. A chemical related to obesity upsets the balance between the buildup and breakdown of cartilage, meaning the natural degradation of cartilage moves more quickly than the renewal process that's supposed to restore it. The effect is a net loss that, over time, becomes osteoarthritis.

2. Do exercise that doesn't damage joints. That includes low-impact biking and swimming, along with yoga and pilates, plus walking if it's not too fast, and weightlifting, as long as it's not stressful. If you walk, make sure you have comfortable shoes, and try to walk on surfaces that are relatively flat. Asphalt is better than concrete.

3. Watch your biomechanics. How you lift and carry various objects, or perform physical tasks, including playing sports, can make a big difference to the health of your joints. The back is the most obvious part of the body that can be strained, but nearly all joints can be damaged by poor biomechanics. For instance, something as simple as gardening can put stress on joints if you dig at the dirt with your fingers instead of using a proper tool. Proper mechanics while playing sports will do far more than improve your athletic performance. It also minimizes strain on joints from head to toe that can manifest later as osteoarthritis.

4. Prevent and treat injuries. Too many ankle sprains, or insufficient treatment following sprains, can put you on the road to arthritis in your ankles. And once you alter the mechanics of your ankles to compensate for that, you can begin a process where the mechanics of other joints are also altered, through your knees up to your hips, etc. So, take care of your injuries, whether to the ankles, knees, or elsewhere.

5. Taking supplements is also a potentially useful step. Glucosamine and chondroitin both show evidence of helping cartilage avoid deterioration, at least to a degree. There are also two relatively new supplements that have shown promise in trials: A.S.U (unsaponifiable part of avocado and soybean), and hyaluronic acid (H.A.). A recent study, Theodosakis points out, suggested that those supplements had no positive effect on joint pain. That, he asserts, is arguable but, even if true, mitigation of pain isn't necessarily the same thing as diminishing the deterioration of cartilage. Theodosakis adds that evidence is strong that both supplements help diminish deterioration, is a positive result even if they don't relieve pain. That positive is, he says, especially noteworthy in younger people, for whom pain is not an issue yet, but for whom preventing deterioration is.

For numerous arthritis resources from the National Institutes of Health, click here.

For arthritis info from the Mayo Clinic, click here.

Theodosakis wrote a well-known book, "The Arthritis Cure," whose most recent update was in 2004.

For more on him, visit his Web site, at this address: www.drtheo.com.