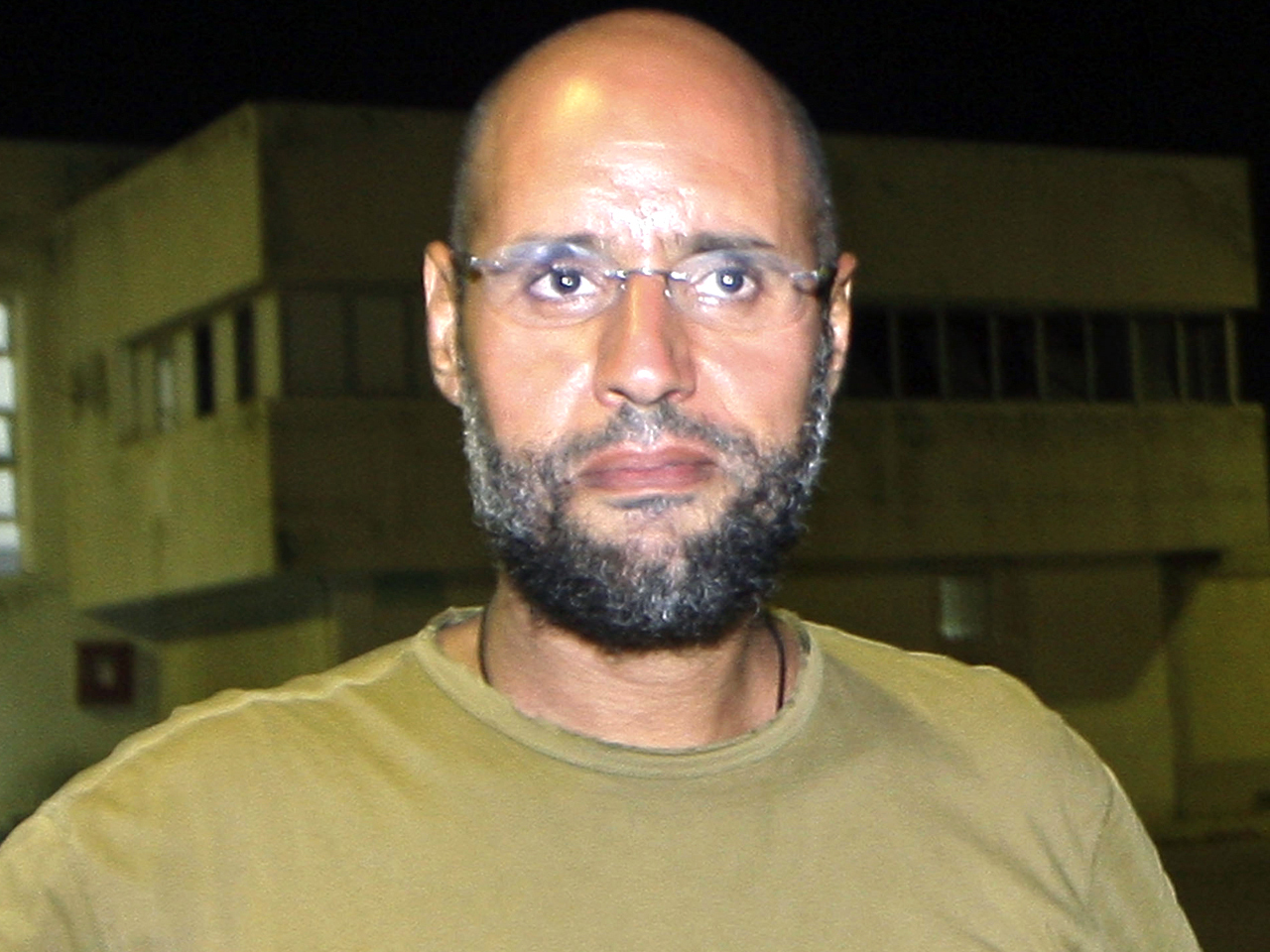 Saif, the one-time heir apparent to the dictatorial throne of Libya, is wanted by the International Criminal Court, and is fearing for his life if captured in Libya, Reuters reports. As a result, Saif is apparently trying to turn himself over to the Hague, an official with the transitional government told Reuters.

"There is a contact with Mali and with South Africa and with another neighbouring country to organise his exit ... He hasn't got confirmation yet, he's still waiting," said the official, who declined to be named.

Meanwhile, Muammar Qaddafi's intelligence chief, who is wanted by Interpol, fled to Mali overnight after making his way across Niger where he has been hiding for several days in the country's northern desert, an adviser to the president of Niger said Thursday.

The official, speaking on the condition of anonymity due to the sensitive nature of the matter, said that Abdullah al-Senoussi entered Mali late Wednesday night via the Kidal region, which shares a border with Niger. He is guarded by a unit of about a dozen people and arrived in a convoy that was piloted by ethnic Tuaregs from Mali.

"Senoussi is in Mali ... he arrived yesterday," said the adviser, an influential elder in the ethnic Tuareg community which overwhelmingly supported Qaddafi and remained loyal to him despite Niger's official stance backing the country's new rulers.

The U.N. Security Council has voted unanimously to lift the no-fly zone over Libya on Oct. 31. NATO has been expected to announce the end of military operations in Libya but has not made an official statement.

The region through which al-Senoussi and Saif al-Islam are said to have traveled is the traditional home of the Tuaregs, the desert dwellers whose members live in the nations abutting the Sahara desert from Mauritania in the east, through Mali, Niger, Libya and Chad. The group felt a kinship with Qaddafi who elevated the nomadic life by pitching his tent in the courtyards of four-star hotels in Europe.

Hundreds of Malian and Nigerien Tuaregs were recruited by Qaddafi to fight as hired guns in Libya in the final months of the conflict. The video showing how Qaddafi was manhandled after he was caught has deeply offended Tuareg communities throughout Africa.

Starting at dinnertime Wednesday, Tuareg elders met in Agadez to discuss the conflict posed by the arrival of Qaddafi's most trusted collaborators in light of the Niger's government's commitment to hand over anyone wanted by the world court. Both the son and the intelligence chief are wanted by the International Criminal Court which issued warrants for their arrest in May for crimes against humanity committed during the monthslong struggle for power in Libya.

About 30 other regime loyalists, including another Qaddafi son, al-Saadi, fled to Niger in September, but were apprehended by Niger's government and placed under house arrest.

Niger's government, which is heavily dependent on aid, has been put in an impossible spot, forced to choose between its obligations to the international community and its powerful Tuareg community. The problem is similar in Mali, but President Amadou Toumani Toure is at the tail-end of his second term and is not seeking re-election, making him possibly freer to choose a course of action without fear of political repercussions.