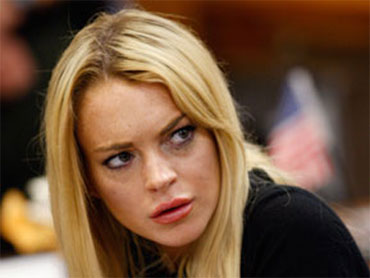 As Lindsay Lohan braces for a 90-day stint in jail, a popular web site is reporting she's fired her attorney Shawn Chapman Holley.

The TMZ Web reports it called Holley for comment on a story they were working on and were informed she is no longer repping Lindsay. Sources told TMZ Holley resigned earlier Thursday.

As for who Lindsay will be hiring, TMZ reports she may have a brand new lawyer, Tiffany Feder-Cohen, who was just admitted to the bar in November.

On July 20, Lohan must surrender in a Beverly Hills courtroom and be hauled off to jail to start her 90-day sentence for violating her probation.

As an inmate at the Century Regional Detention Facility near Los Angeles, CBS News correspondent Ben Tracy reports, life will be very different for the starlet.

Melanie Bromley, West Coast bureau chief of Us Weekly, told CBS News, "This is going to be a huge transition for Lindsay Lohan. She's used to living a very free lifestyle doing what she wants to do -- now she'll be in solitary confinement."

Lohan, Tracy said, will spend a majority of her time in a jail cell. She'll spend all but about one hour of her day there.

Yet while Lohan was sentenced to 90 days in jail and then rehab, thanks to overcrowding, authorities say, she is likely to serve just about three weeks.
.