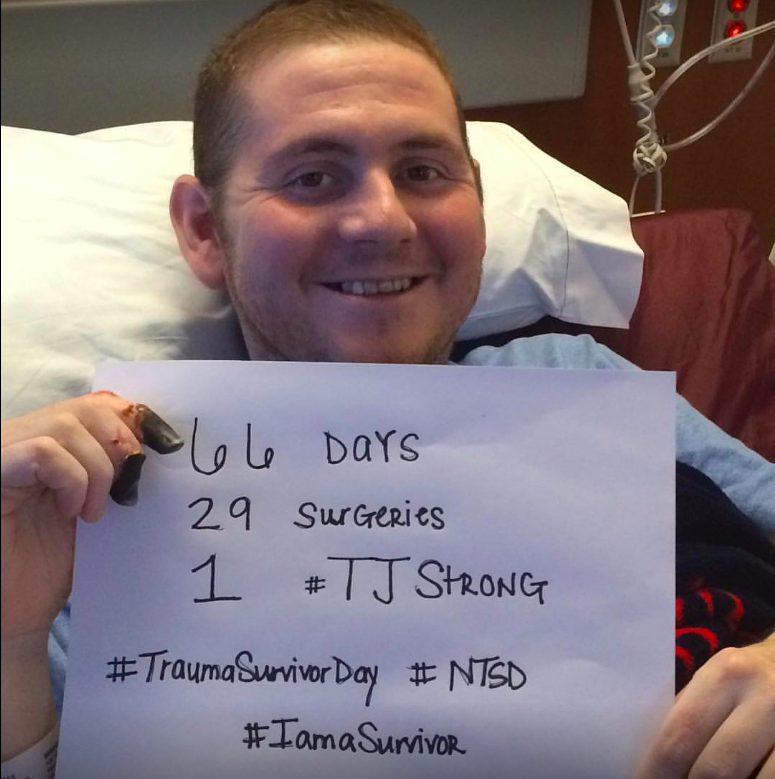 A Maryland man's life was forever changed last March after he fell down a flight of stairs. Lying unconscious for days, TJ Scanlon actually died.

Coming home after a Saturday night out with friends, Scanlon reached for the spare key to his Columbia, Maryland, apartment and lost his balance and plummeted 20 feet down a concrete stairwell.

He lay there barely alive for two days. A worried co-worker and Scanlon's roommate eventually found their friend, clinging to life.

"It was a rough scene," Scanlon told CBS Baltimore. "I was down. I was moaning. My eyes were rolling in the back of my head. I was in a pool of dry blood. I was blue, my legs were grayish, my legs were black, my hands were black. I was alive, luckily. Still alive at that point."

When Howard County EMTs saw how badly he was hurt, they radioed for more help. A helicopter flew Scanlon to the University of Maryland Medical Center's Shock Trauma center.

"He was effectively dead for 90 minutes. This is a case like I have never seen before. This man was brought back from the dead," Dr. H. Neal Reynolds told CBS Baltimore.

The doctors and Scanlon say it's a miracle.

"I had a spinal cord injury. My leg was basically septic, and on top of it, I had coded, and yeah, I was dead," Scanlon said.

The fall and delay in care took a toll. Doctors were forced to amputate his left leg and fingertips because he had spent days in the freezing cold. The spinal cord injury left him paralyzed from the chest down.

Instead of giving up, though, Scanlon, 32, fought harder than ever to live. After 29 operations, even harder work began – his rehabilitation therapy.

Even though he still has a long road ahead, Scanlon said he's staying positive and is grateful to be alive. And he hopes to get back to work soon at Northrop Grumman. The company, he said, has been very supportive during his recovery.