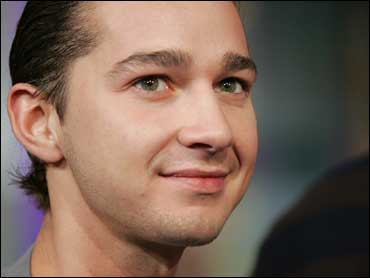 It wasn't the most significant and certainly not the most shocking moment of the 2007 MTV Video Music Awards ceremony, but actor Shia LaBeouf decided to announce the name of the new "Indiana Jones" movie, because he said "I'm 21 and we're in Vegas baby."

Against the wishes of the film's producer George Lucas and director Stephen Speilberg, LaBeouf, this summer's breakout sensation announced that the fourth movie would be called "Indiana Jones and the Kingdom of the Crystal Skull."

"It's a big deal," LaBeouf said. "Nobody's ever heard it before."

The official Web site for the movie posted an item confirming the name yesterday after LaBeouf's seemingly impromptu announcement.

LaBeouf appears in the movie along side Mr. Indian Jones himself, Harrison Ford. Cate Blanchett, Karen Allen and Ray Winstone also will star in the movie, which is set for release May 22, 2008.

The last Indiana Jones film, "Indiana Jones and the Last Crusade" was released in 1989 and since then, fans have been waiting for another installment. When LaBeouf announced the name, the audience went wild. It has certainly been a while.