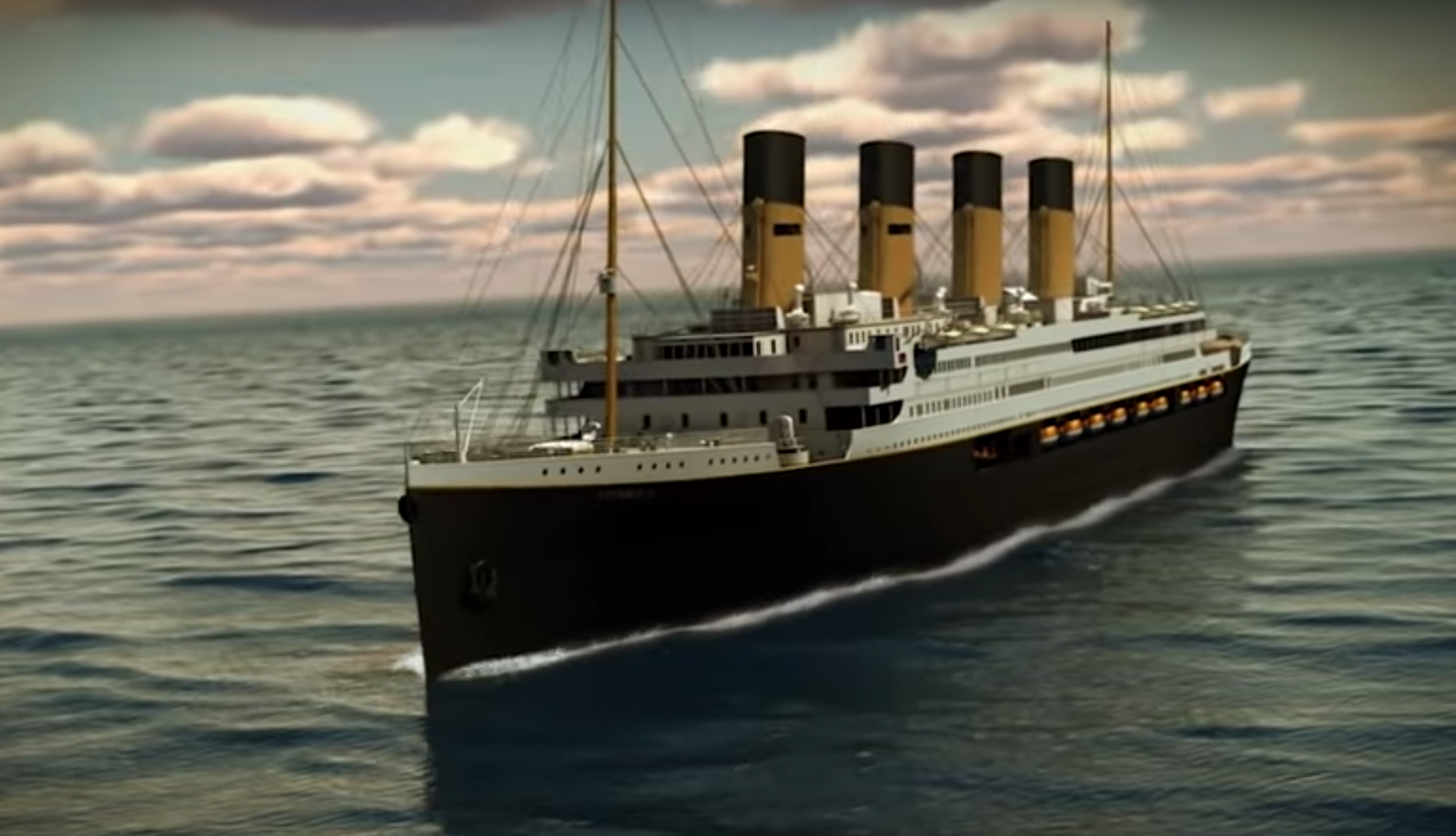 A replica of the Titanic could embark on its maiden voyage by 2022 and eventually follow its doomed predecessor's original route from Southampton to New York, the company behind the "Titanic II" project says. Clive Palmer, an Australian businessman and chairman of Blue Star Line, announced the revival of the project in September following years of delays due to financial constraints.

The new Titanic, which will cost about $500 million to build, could hold 2,400 passengers and 900 crew members. Palmer told Cruise Arabia and Africa that the launch date for the ship had been pushed back from 2018 to 2022, 110 years after the original hit an iceberg and fell to the ocean floor. If all goes according to plan, Palmer said the ship will travel from Dubai to Southampton before making the journey across the Atlantic.

"The ship will follow the original journey, carrying passengers from Southampton to New York," Palmer said in a statement last month. "But she will also circumnavigate the globe, inspiring and enchanting people while attracting unrivaled attention, intrigue and mystery in every port she visits."

Blue Star Line did not immediately respond to a request for additional details on the project.

The project was initially announced in 2012. After myriad financial problems, the plan was suspended in 2015 and restarted in September.

"Blue Star Line will create an authentic Titanic experience, providing passengers with a ship that has the same interiors and cabin layout as the original vessel, while integrating modern safety procedures, navigation methods and 21st century technology to produce the highest level of luxurious comfort," Palmer said in his statement.

Palmer intends to make Titanic II's maiden voyage a two-week journey from Singapore to Dubai, followed by a trip to Southampton, where it would begin weekly trips between the U.S. and the U.K. during the summer months. The European headquarters of Blue Star Line will likely be in Paris, Palmer announced Monday, citing Britain's decision to leave the European Union.

Its namesake famously sank in the Atlantic Ocean on April 15, 1912, after hitting an iceberg. But in a few years, fans of "Titanic" the film could have to opportunity to ride in the same ship where people fell in love with Rose and Jack.

"Millions have dreamt of sailing on her, seeing her in port and experiencing her unique majesty," Palmer said. "Titanic ll will be the ship where those dreams come true."