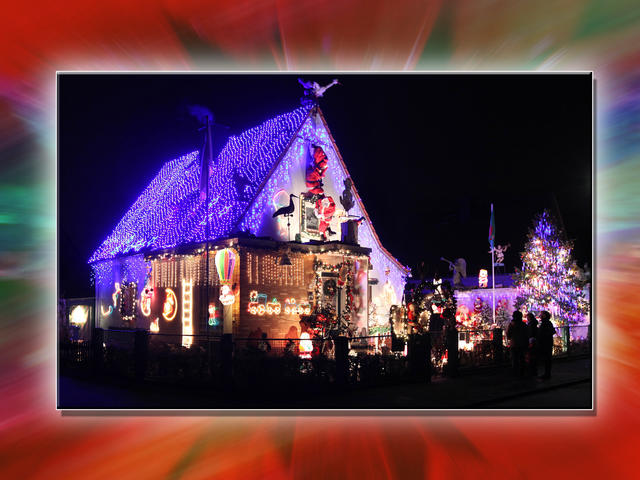 TRABUCO CANYON, Calif. -  Some Southern California residents must decide by Wednesday how much their Christmas lights are worth.

According to CBS Los Angeles , the Orange County Public Works Department sent letters to two homeowners in the Wagon Wheel neighborhood of Trabuco Canyon stating they'll be fined if they don’t remove their lights, which are considered a fire hazard.

The OC Register reports the lights are strung between houses and hang over streets, which violates county and state codes.

If the lights are not removed by Wednesday, the residents face misdemeanor charges and fines for every day the lights remain up - starting at $100 for the first day and steadily increase from there, the paper reported.

The letter also states the county can remove the lights at the owners’ expense.