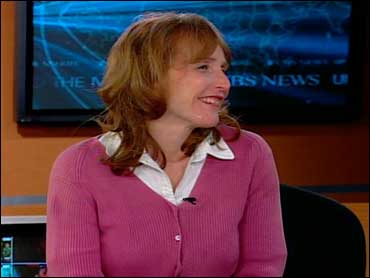 New parents can be confused about when to do take their child to the doctor or when to treat their symptoms at home. Kate Kelly, Managing Editor for American Baby Magazine, discusses common illnesses and how they can be treated.

One sign that your child is sick is fever. While you may be able to tell your child has a fever simply by feeling their forehead, it's important to keep a thermometer in the house. A "high" fever has different meanings depending on a child's age. "Under three months, you should call [the doctor] at any sign of fever," says Kelly. "If it's an older child... it's 101 up to age one, and then it can go a little higher before you start to get nervous - 102 for [a child] up to four." For children age four and older, a fever of 104 and up is cause for concern. "It's not really the fever itself that you should be worried about, it's... the underlying condition that's causing this fever," says Kelly. Observe your child's behavior. Lethargic, lackluster, cranky behavior can indicate that your son or daughter isn't feeling well and needs to see a doctor.

To treat a fever, give your child age-appropriate Tylenol at the recommended regular intervals. Also, be sure they drink a lot of fluids. Infants who are nursing can have breast milk or formula, and older children can have water. "Bathing in a tepid water can help bring a fever down and make them more comfortable," says Kelly.

When a child gets a cold, they are just as miserable as an adult suffering from the same symptoms. The difference, though, is that a baby can't tell you why they're not feeling well. "You may notice a sniffley nose or just cranky behavior," says Kelly. Infants should be taken to the doctor, but for older children, colds will run their course. It's important to note that colds are caused by a virus, not bacteria, so hounding the doctor for an antibiotic won't do any good. Antibiotics are prescribed for bacterial infections only, and overprescribing them can eventually lead to immunity later down the road.

To make your child comfortable, instead try draining their sinuses with a suction bulb or prop their head up slightly with pillows while sleeping to alleviate some pressure. If your child has a low-grade fever, administer the appropriate dose of infant or children's Tylenol. Fluids are also important, but if you suspect your son or daughter isn't drinking enough, consider giving them an electrolyte drink instead. "Electrolyte drinks can replace some of the minerals lost when you get dehydrated, so if your child... isn't drinking, then you might want to give them an electrolyte solution," says Kelly.

The flu is also caused by a virus, and due to H1N1 and season flu outbreaks this year, doctors are recommending that any child over six months receive a flu vaccine. Small children and the elderly are often hardest hit by the flu, so it's important to protect your child if possible. To avoid infecting your child, Kelly also suggests that parents try to get the vaccine as well.

Another common childhood illness is ear infections. Children with an ear infection will often tug at their ears, be suffering from cold or sinus-related illness, be cranky at night when they lie down due to increases in pressure and may be suffering from a fever. The only way to truly diagnose an ear infection is to visit your pediatrician. The doctor will have to examine the child's ears and will then prescribe the appropriate antibiotic.
Doctors will often also suggest using the age-appropriate infant or children's Tylenol to lower fever and decrease pain as well. Rest and fluids are also often advised.