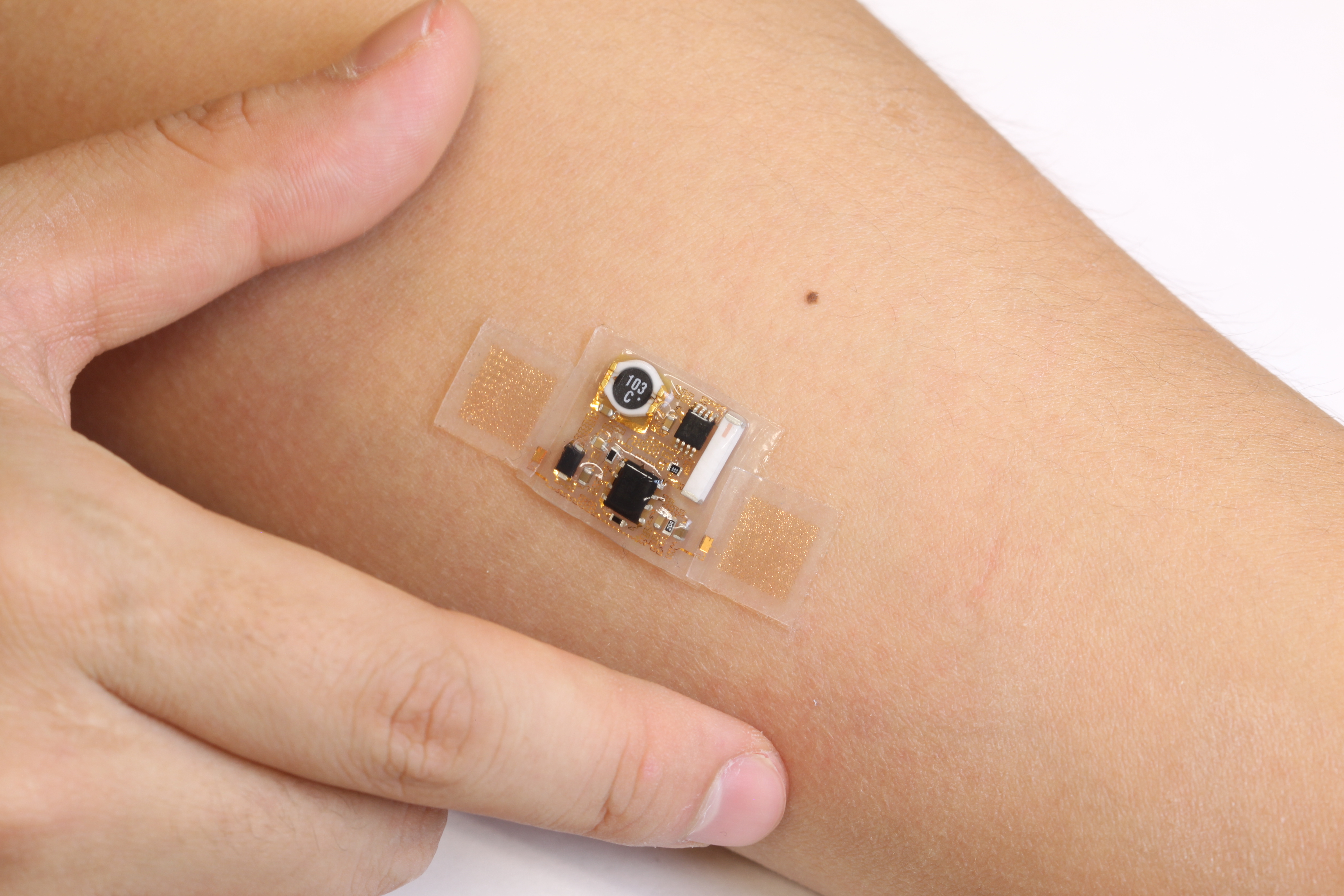 Technology is advancing at breakneck speed, providing doctors with more efficient ways to gather information about their patients and offering consumers the opportunity to become more actively involved in their own health and wellbeing.

However, bulky gizmos and gadgets worn on a wrist or belt, such as the Fitbit, may feel more cumbersome than useful. But the good news is this may soon change.

Engineers at the University of Illinois at Urbana-Champaign and Northwestern University have developed an ultra thin and wireless adhesive biosensor that's stuck to the skin like a temporary tattoo. The device has the ability to monitor a person's heart rate and other vitals and transmit the data in real-time to a cell phone or computer.

The researchers have already tested the device to assess if it might also be useful for doctors. In a side-by-side comparison with standard EKG and EEG monitors, they found the wireless patch worked as well as the conventional sensors, and were also much easier to use and comfortable for patients. Huang, co-author of the paper and an engineer at Northwestern University, says the patch has the potential to change the health technology market, especially under circumstances where a doctor needs to collect data on a patient for long stretches of time, such as diagnosing sleep or heart problems and diagnosing conditions such as Parkinson's disease. The patch may also be a suitable alternative for patients with fragile skin, such as the elderly and premature newborns.

This emerging technology may become available to doctors and consumers in as soon as one and a half to two years, say the researchers.

"The application of stretchable electronics to medicine has a lot of potential," said Huang, in a press release. "If we can continuously monitor our health with a comfortable, small device that attaches to our skin, it could be possible to catch health conditions before experiencing pain, discomfort and illness."

The researchers, who published a paper about the device in the April issue of the journal Science, also say their gadget has the potential to change the consumer market.

They say fitness trackers such as the Fitbit -- a pedometer, sleep tracker and watch that retails for about $130 -- aren't always accurate. And often they are uncomfortable. In January, Fitbit publicly apologized after several people complained the watch had caused skin irritation and rashes.

Consumer electronic devices that monitor personal health have been popular for some time. There are gadgets to wear that measure your weight, body fat, heart rate, calorie output, sleep quality and even the quality of air you breathe. Such products are popular within the growing Quantified Self movement, in which people obsessively collect and track their own biological data, in an effort to maximize their personal health.

Individuals in the Quantified Self movement use such devices along with phone apps and software to analyze their physical endurance, sleep quality, hormone levels and mood. Many share the data through social media and other means in an effort to help others in their quest for good health, or crowd-sourcing biology for the greater good.