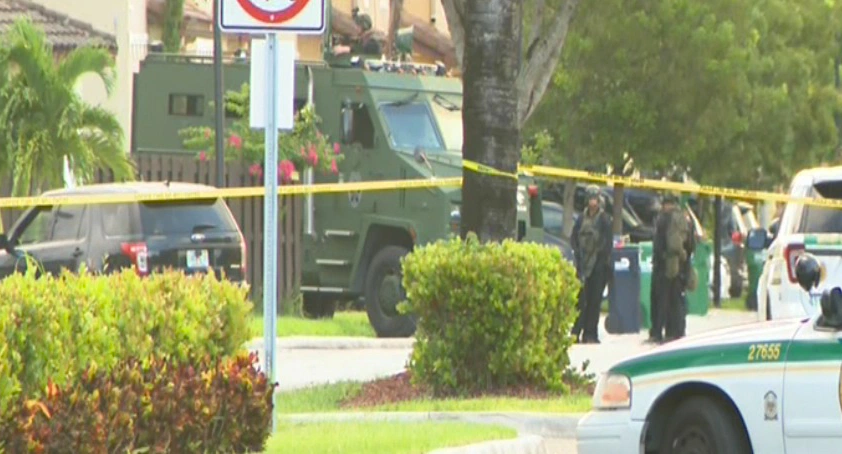 MIAMI -- A Social Security judge shot and killed himself after an hours-long standoff with police at a home southwest of Miami, authorities said. Timothy Maher, a disability judge at a downtown Miami Social Security Administration office, held three hostages for about 10 hours Friday inside the home, police said.

Police heard a shot fired around 9 a.m. and officers finally entered the house, investigators said. Before that, the three hostages made it outside. They were described as family members but the exact relationship was not immediately clear.

Last week, Maher was arrested after an alleged domestic dispute involving the mother of his 4-year-old son. He was charged with two counts of aggravated assault with a firearm, child abuse without great bodily harm and resisting an officer without violence, CBS Miami reports.

The mother went to Maher's home to pick up their son. When she put the child in her car, Maher allegedly pointed his rifle toward the rear window of her vehicle as she drove away. Police found Maher locked in his home, but police were able to talk him out of the home.

He was jailed and released on bond but the next day, but he locked himself inside his home again when police went to retrieve his weapons. He once again had to be talked out of his home.