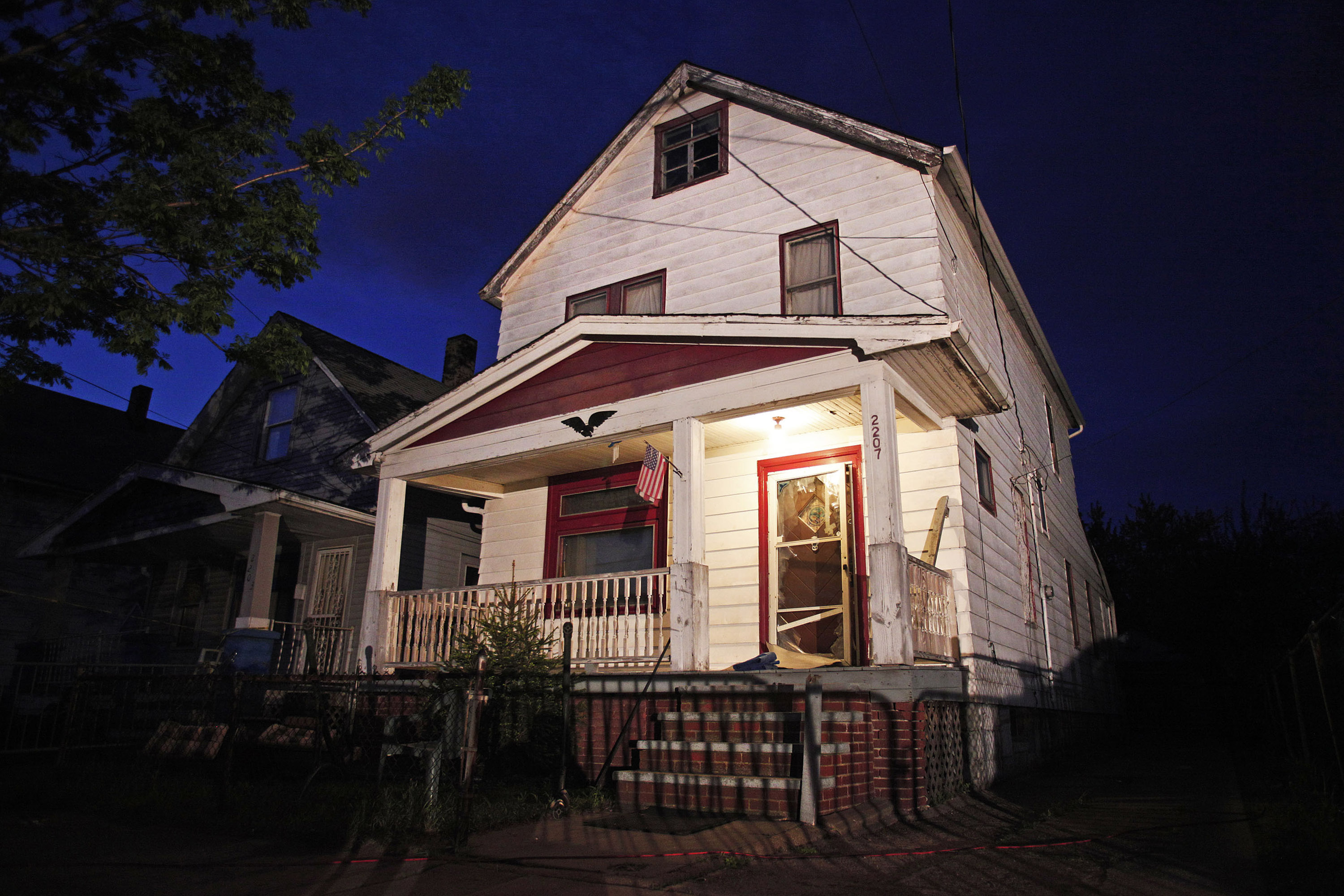 Three women who disappeared in Cleveland a decade ago were found safe Monday, and police arrested three brothers accused of holding the victims against their will. A timeline of key events in the case:

April 21, 2003: Amanda Berry, 16, disappears after leaving her job at a Burger King at the corner of Lorain Avenue and West 110th Street, a few blocks from her home. It was one day before her 17th birthday and co-worker and friend Jennifer Picart said she had been headed home for a party.

January 2004: Police go to Ariel Castro's home at 2207 Seymour Ave., about 3 miles from where Knight and Berry were last seen. No one answers the door. Child welfare officials had alerted police that Castro, a school bus driver, apparently left a child unattended on a bus. Police later spoke to Castro and determined there was no criminal intent.

April 2, 2004: Georgina "Gina" DeJesus, 14, disappears while walking home from school. She was last seen at a telephone booth at the corner of Lorain Avenue and 105th Street.

June 2004: Ariel Castro's son, Ariel "Anthony" Castro, writes about DeJesus' disappearance for a local newspaper as a college journalism assignment. The report can be found on the twitter account of Cleveland journalist Sara Shookman, who first unearthed the story. When contacted by Shookman after the women were found, Anthony Castro said the situation was "beyond comprehension."

April 2005: In a TV segment tied to the one-year anniversary of DeJesus' disappearance, Arlene Castro, who is identified by the Plain Dealer newspaper as Ariel Castro's daughter, tells "America's Most Wanted" that she was the last person to see Gina DeJesus alive. She said the two were best friends and had hoped to hang out after school but her mother told her to come home. Watch the segment here.

March 2, 2006: Miller, 43, dies after being hospitalized with pancreatitis and other ailments. She had spent the previous three years looking for her daughter.

November 2011: A neighbor, Israel Lugo, said he heard pounding on some of the doors of Castro's house, which had plastic bags on the windows. Lugo said officers knocked on the front door, but no one answered. Officers walked around outside the house and left, Lugo said.

July 2012: Neighbor Elsie Cintron claims she contacted police at this time to report strange activity at the Castro house, including a naked woman crawling in the backyard and a little girl in the attic window.

April 2, 2013: Family and friends of DeJesus gather for a vigil on the corner where she was last seen on the ninth anniversary of her disappearance.

May 6, 2013: Knight, Berry, DeJesus and a 6-year-old girl believed to be Berry's daughter are found at Castro's home. Police arrest three brothers, Ariel Castro, Pedro Castro and Onil Castro, in connection with the women's disappearances.

May 9, 2013: Castro is charged with rape and kidnapping and held on $8 million bail. His two brothers are cleared of any involvement in the case; they appear in court on unrelated charges and are released.