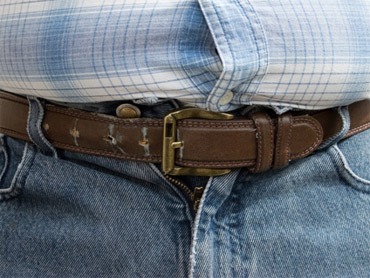 Lydia DePillis is a researcher for the New Republic.

As if obese Americans needed any more stigma! Indeed, the debate lately has turned towards making fat people personally responsible for the effects of their excess poundage. And maybe they should be, right? Obesity is tremendously costly from a public health standpoint--to the tune of 147 billion a year. David Leonhardt thinks the obese should pay higher insurance premiums. Airlines are charging more for people who occupy more than one seat. Heck, they're even making the planet warm faster. Shouldn't people feel bad about being huge, if it motivates better behavior?

Well, we also know this: Aggressively stigmatizing fat people is at odds with the love-your-body message meant to guard against eating disorders, as well as predatory weight-loss scams, playground bullying, employment discrimination, and bizarre diet crazes. Pudgy people, with the possible exception of old people, are probably the most disadvantaged demographic in American culture--but unlike with smoking, this negative association hasn't slowed rising obesity statistics.

Besides, science shows that sustainable weight loss is a complicated and ambiguous thing, having more to do with your genetics than your ability to forego that afternoon Krispy Kreme, or even conscientious exercise. Ultimately, this thing is bigger than individuals, and simply charging people for their excess poundage is discriminatory: As Marc Ambinder argued in the epic intra-Atlantic smackdown last month, American urban and agricultural policy has made it easy for poor people to live unhealthy lives, and it's much easier to get and stay thin if you've got the money and time to spend on fresh veggies instead of Fritos. So, what to do?

First, it's time to dial down the rhetoric of personal uplift. Mike Huckabee's before/after photos might be inspiring, and I'm sure we could all learn from President Obama's gym regimen, but "leading by example" seems more likely to discourage people when they don't achieve such tabloid-ready results. Our sociological obesity struggle mirrors the individual's: There is no miracle cure, and anyone promising flat abs in five days is probably a quack. It seems like the best option is not to tell people they should slim down, but make it harder for them to be fat, with boring but commonsense environmental changes that start affecting how kids grow up. You know what works: Walking and biking friendly cities, greater urban density, healthy school lunches, widespread nutritional information, cheaper fresh produce, etc.

It's not revolutionary. These are long-term projects, redressing long-term social trends. But the good news is that it's no wild goose chase-better urban planning, for example, has all sorts of proven benefits besides helping people stay slim. Meanwhile, let's use the "fat people are stupid" meme to propel policy change, rather than as fodder for yo momma jokes.

By Lydia DePillis:
Reprinted with permission from The New Republic.