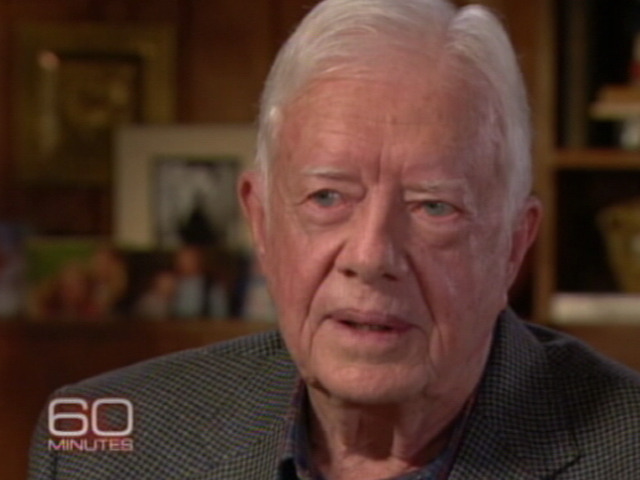 Former President Jimmy Carter's comments blaming the late Senator Ted Kennedy for delaying enactment of health care reform are a stunning echo of their bitter fight for the 1980 presidential nomination. In an interview with 60 Minutes Correspondent Lesley Stahl, Mr. Carter accuses Kennedy, a longtime champion of health care reform, of impeding it for decades. The former president believes Kennedy's actions to kill Mr. Carter's own health care bill made the country wait for more than 30 years for sweeping reforms.

Mr. Carter told Stahl, "The fact is that we would have had comprehensive health care now, had it not been for Ted Kennedy's deliberately blocking the legislation that I proposed." Mr. Carter contends Kennedy did it out of spite to deprive his rival of a major domestic policy success. Mr. Carter declared, "It was his fault. Ted Kennedy killed the bill." In a journal entry included his new book, "White House Diary," Carter noted, "Kennedy continuing his irresponsible and abusive attitude, immediately condemning our health plan."

Of course, Kennedy had his own say about his chilly relationship with Carter in his memoir, "True Compass." Kennedy said it was Mr. Carter who "slowed things down." He noted, "If we had passed comprehensive national health insurance together it would have been a huge victory for Carter."

For reporters who covered the fight that saw Kennedy challenge the incumbent president, Mr. Carter's blunt recollections are proof that the senator's death and the passage of three decades have not altered the former president's feelings about his rival.

For a then-rookie reporter on the national political beat, it was a terrific assignment, covering Kennedy's bold challenge of the sitting president from his own party.

It's still remembered as the political story of a generation. Mr. Carter set the tone even before Kennedy entered the race, famously saying, "If Kennedy runs, I'll whip his ass." Kennedy shouted his voice raw as he traveled the country making his case against Mr. Carter in the primaries. Mr. Carter, who put the Iowa caucuses on the map in the 1976 campaign, easily won the state again in '80. Kennedy grabbed some big states including Pennsylvania and New York. But in the end, Mr. Carter won most of the races.

The two political enemies headed into one of the nastiest Democratic National Conventions in years. Carter had more than half the delegates. But Kennedy refused to step aside. He unsuccessfully tried to win repeal of the system of pledged delegates, contending they'd go for him if they could vote their own minds. He also refused to join hands with Mr. Carter on the Madison Square Garden stage. In one of his most famous speeches, Kennedy told the raucous convention, "For all those whose cares have been our concern, the work goes on, the cause endures, the hope still lives and the dream shall never die."

It is clear Jimmy Carter's memories of that time have never died.