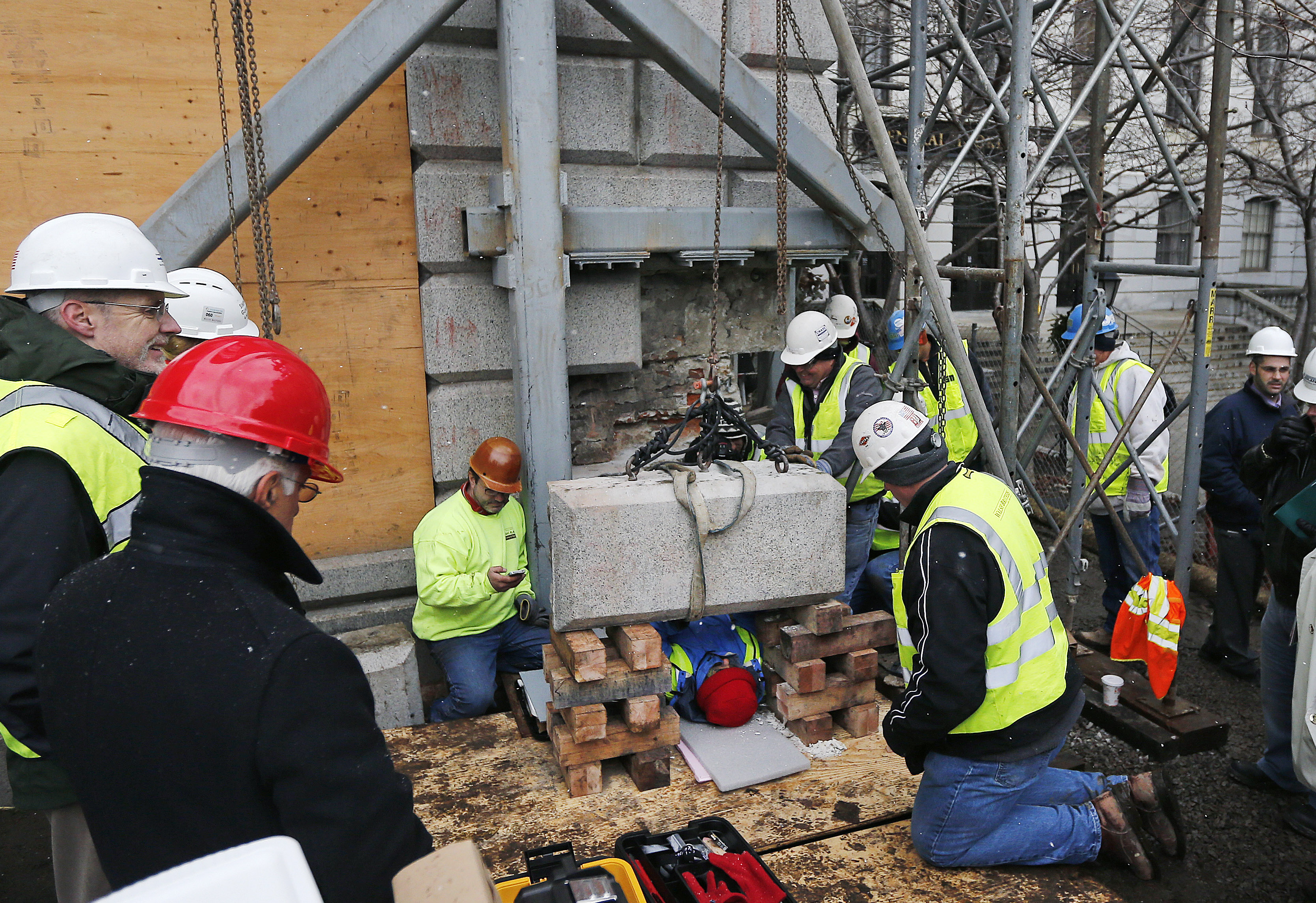 A time capsule dating back to 1795 has been recovered in Boston. It was originally placed by Revolutionary War figures Samuel Adams and Paul Revere. Workers used extraordinary care to remove the capsule from the cornerstone of the Massachusetts Statehouse, reports CBS News correspondent Jim Axelrod.

Even in Boston, a city that has witnessed so much history, finding an artifact more than 200 years old is extraordinary. Scholars are excited about what the time capsule might reveal about our nation's formative years.

It took hours of painstaking chiseling by a museum conservator to free the time capsule from its stone and plaster tomb.

The copper case, about the size of a cigar box, was once again held by human hands.

State officials said Thursday they have a good idea about what's inside.

"We have a list, going back to the original 1795. We have coins; we have a Paul Revere plate. We have a number of things. The question is what condition are they in?" Massachusetts Secretary of State Bill Galvin said.

But perhaps the more intriguing question is why midnight rider Paul Revere and founding father Samuel Adams left the time capsule behind more than 200 years ago.

Had it not been for repairs on the statehouse, the capsule probably would have stayed lost to history.

With a state police escort, it was taken to Boston's Museum of Fine Arts, where it will be x-rayed and studied by experts -- maybe even opened.

"I still don't think we know, but I could clearly see that there are screws on the top, which means hopefully it won't be difficult to open, if we decide to open it," Museum of Fine Arts head of objects conservation Pamela Hatchfield said.

When work on the statehouse is completed next year, officials said they will return the corroded green metal box back to where they found it.

"The history of Massachusetts is the history of America -- and it's very true," Galvin said. "And this is just another evidence of that."

This is actually not the first time the time capsule has been found. It was also retrieved in 1855. Back then its contents were washed with acid, raising concerns about the condition of the precious artifacts locked inside.