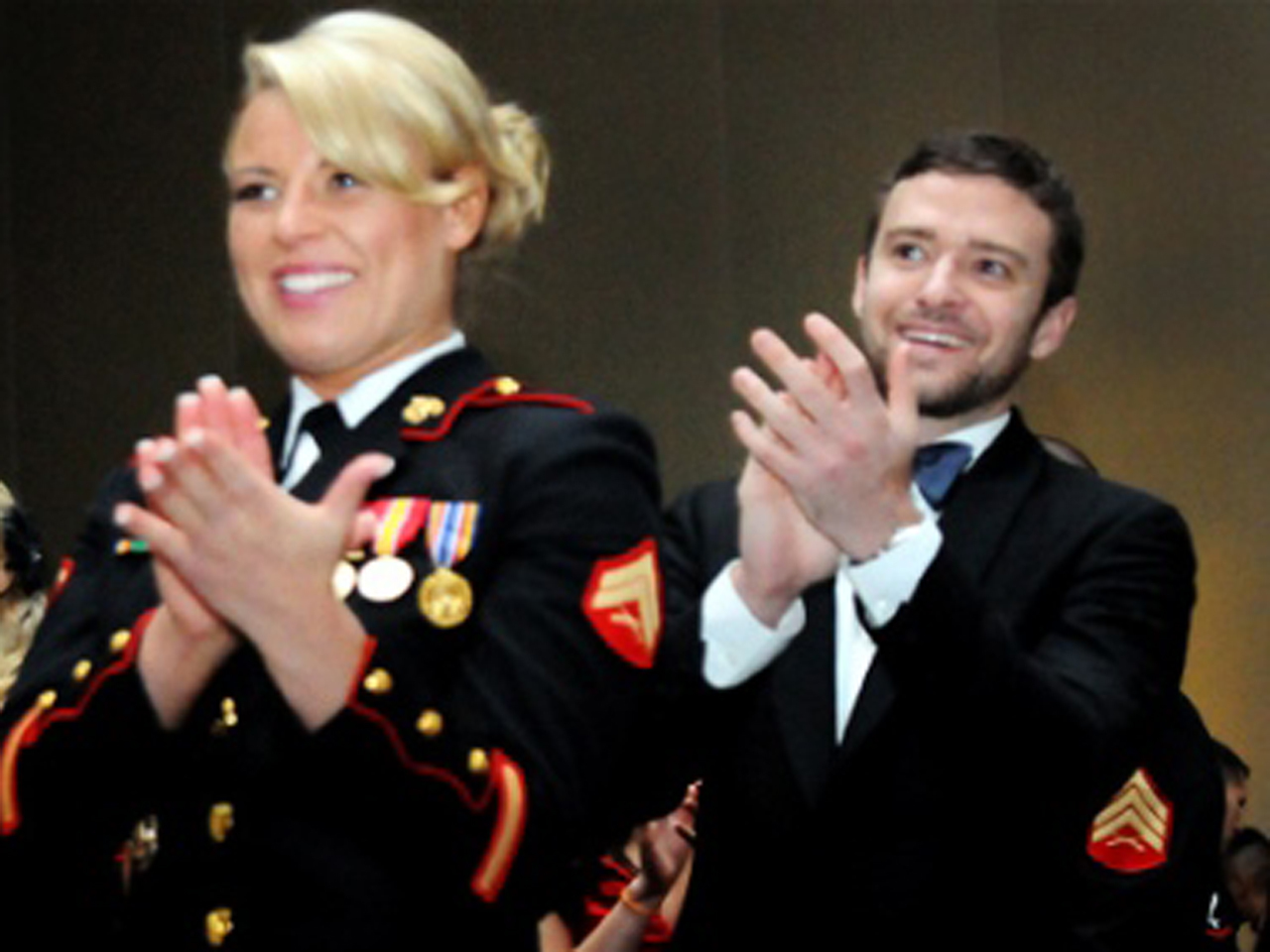 (CBS) We already heard from Justin Timberlake about what it was like to attend the Marine Corps Ball with Cpl. Kelsey De Santis. Now De Santis, who famously invited the singer-actor to the event via YouTube, is speaking about the experience, calling Timberlake "a complete gentleman."

De Santis, 23, told "Good Morning America" that Timberlake had a smile on his face "the entire time" and took photos with other attendees at the Nov. 12 event in Richmond, Va.

"Right after the ceremony, we kind of locked eyes and we were both grateful for the things our country stands for and just everything that our military has done for us," De Santis said. "Not only the look on his face but also the look on everyone else's face and the feeling in the entire room."

"As we said our goodbyes, it was me and our entire group," De Santis added. "We just all gave hugs and parted our ways. He was a complete gentleman."

De Santis asked Timberlake to the ball after the 30-year-old entertainer encouraged his "Friends With Benefits" co-star Mila Kunis to accept a similar invitation for the Nov. 18 Marine Corps Ball in Greenville, N.C.

Go here to read about Timberlake's experience at the Marine Corps Ball.