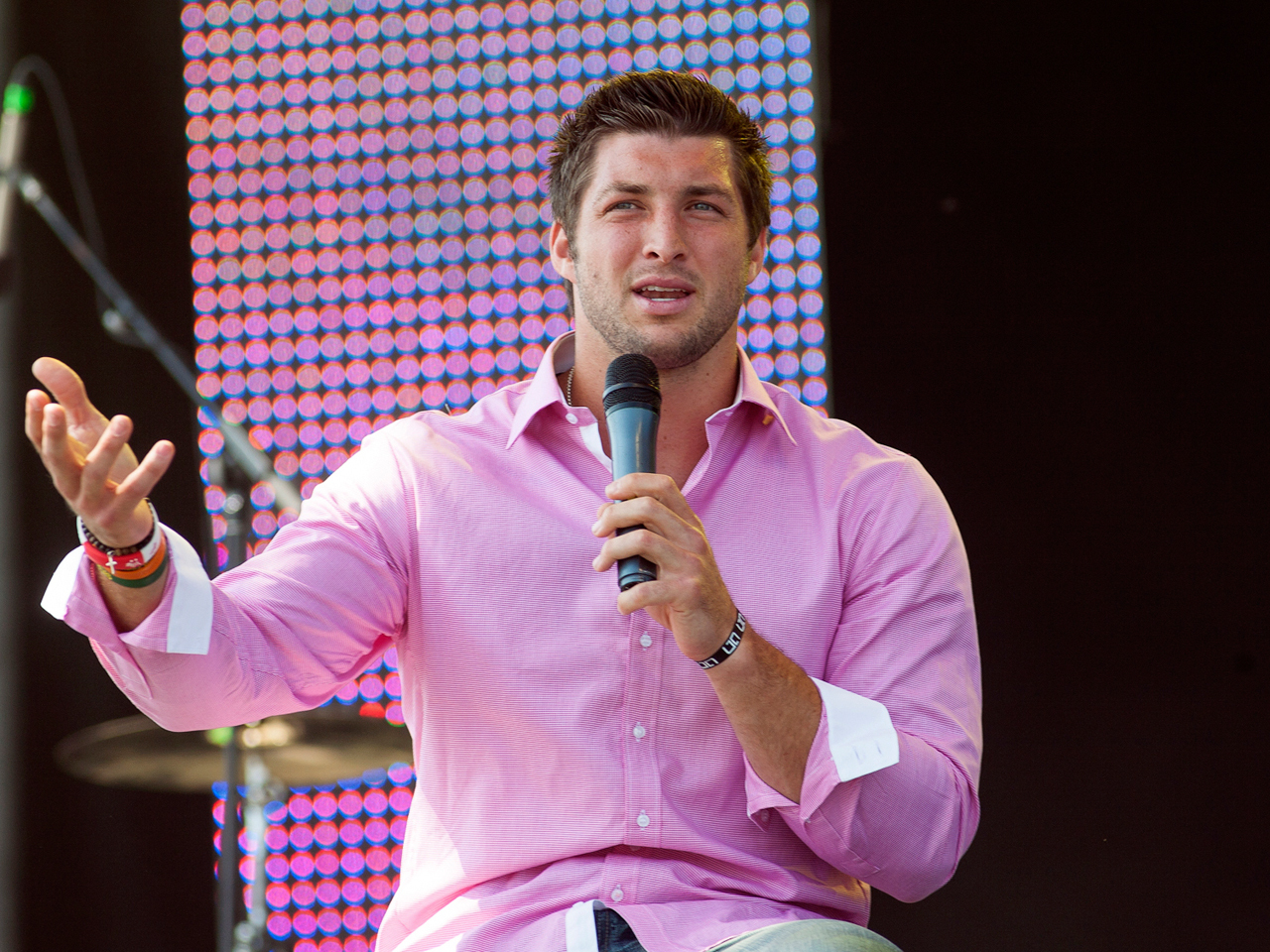 (CBS/AP) Tim Tebow drew a crowd of about 15,000 to an outdoor Easter church service Sunday in Georgetown, Texas, telling the gathering it's important to be outspoken about faith while admonishing athletes about not being better role models.

The devout Christian, backup NFL quarterback and cultural phenomenon told the crowd at Celebration Church them he welcomed the attention on his convictions as well as the "Tebowing" prayer pose he often strikes on the field because it puts his faith and prayer in the public conversation.

"It's being talked about," he said. "That's exciting."

Some at the "Easter on the Hill" morning service under sunny skies about 20 miles north of Austin drove more 100 miles to hear Tebow speak. The service took on the feel of a rock concert with more than a 100 school buses shuttling people to the sprawling mega-church campus from local shopping centers and the nearby college.

The service was peppered with lively Christian rock songs and Tebow took the large stage to cheers from those who could see him while others toward the back watched on massive video screens. He sat for a 20-minute interview with Pastor Joe Champion to talk about his faith and its role in his public life.

"It's OK to be outspoken about your faith," Tebow said.

He also took a shot at professional athletes who insist they are not role models.

"Yes you are. You're just not a good one," Tebow said.

Champion asked Tebow what he thought needed to change culturally in America.

"First and foremost is what this country was based on: one nation under God. The more that we can get back to that," Tebow said to applause.

The 24-year-old, who was recently traded from the Denver Broncos to the New York Jets, also talked about his new team, according to Us Weekly.

"Excited to be a Jet," he reportedly said. "I'm really looking forward to it ... I don't know what the future holds, but I know who holds my future."