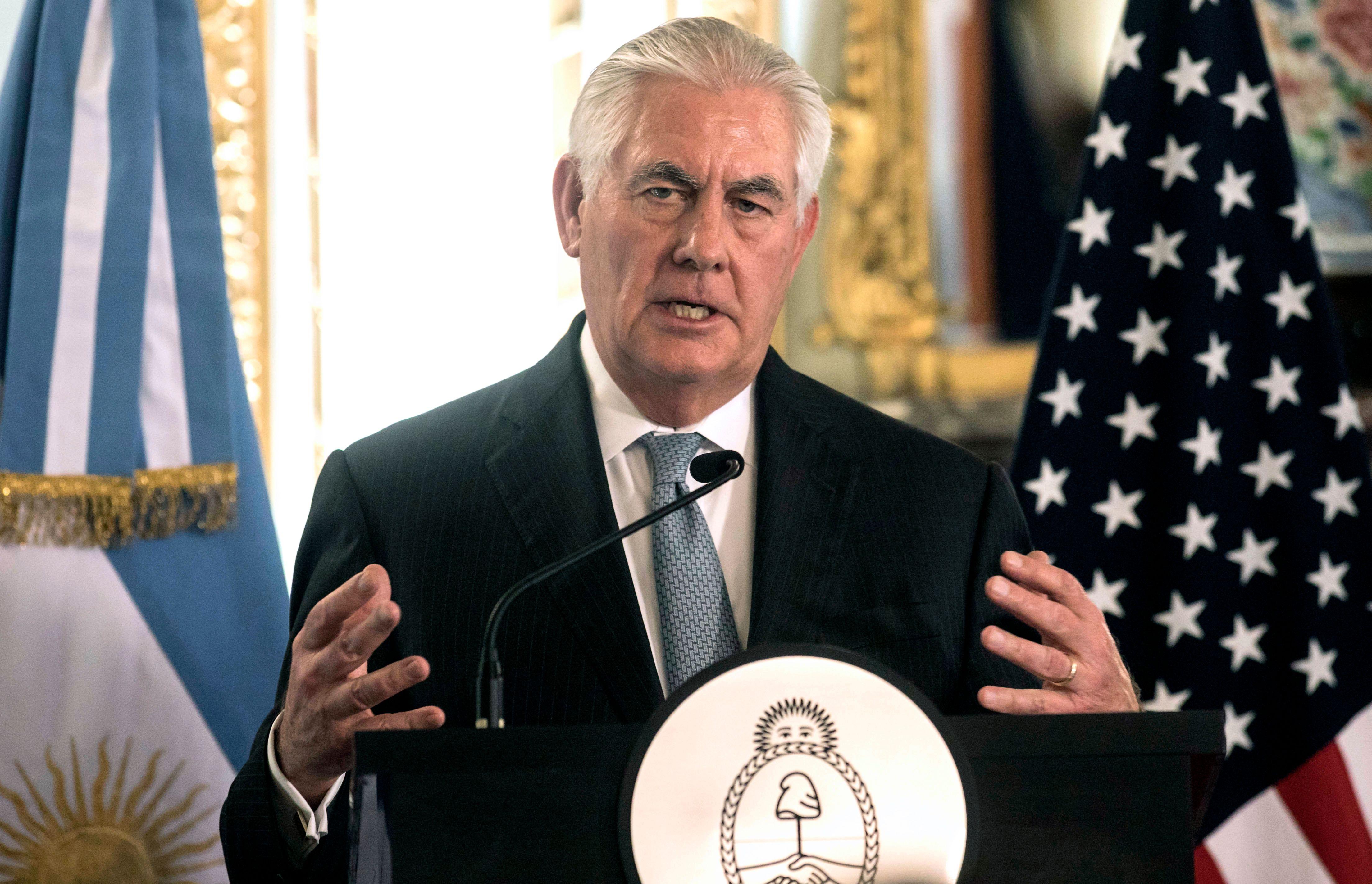 Secretary of State Rex Tillerson says that the U.S. is still considering restricting the sale of oil from crisis-torn Venezuela.

Tillerson said Sunday in Argentina's capital that the U.S. wants "free, fair, and verifiable elections" in Venezuela, and wants to apply enough pressure to end the crisis in the South American country.

In saying this, he rolled back his comments earlier this week that oftentimes the military comes into Latin American countries when the leadership can't handle it anymore.

But Tillerson also said that he wants to find ways to mitigate the negative impact that sanctions would have on U.S. oil companies, Venezuelans and other regional countries that rely on Venezuelan oil.

Venezuela sits atop the world's largest oil reserves and is the third-largest supplier to the U.S.

International pressure has been increasing on Venezuela over the government's decision to push up presidential elections to April under conditions that opponents say overwhelmingly favor President Nicolas Maduro.

Tillerson also said the two discussed going after Lebanese Hezbollah in Western hemisphere — saying they need to jointly eliminate their terrorist activities. They agreed to intensify efforts to prevent Hezbollah from raising money in the region.

The two also discussed "joint action" to take on drug trafficking and the G20 which will be held in Argentina later this year. Tillerson praised Argentina for being a strong advocate for democracy and the rule of law.