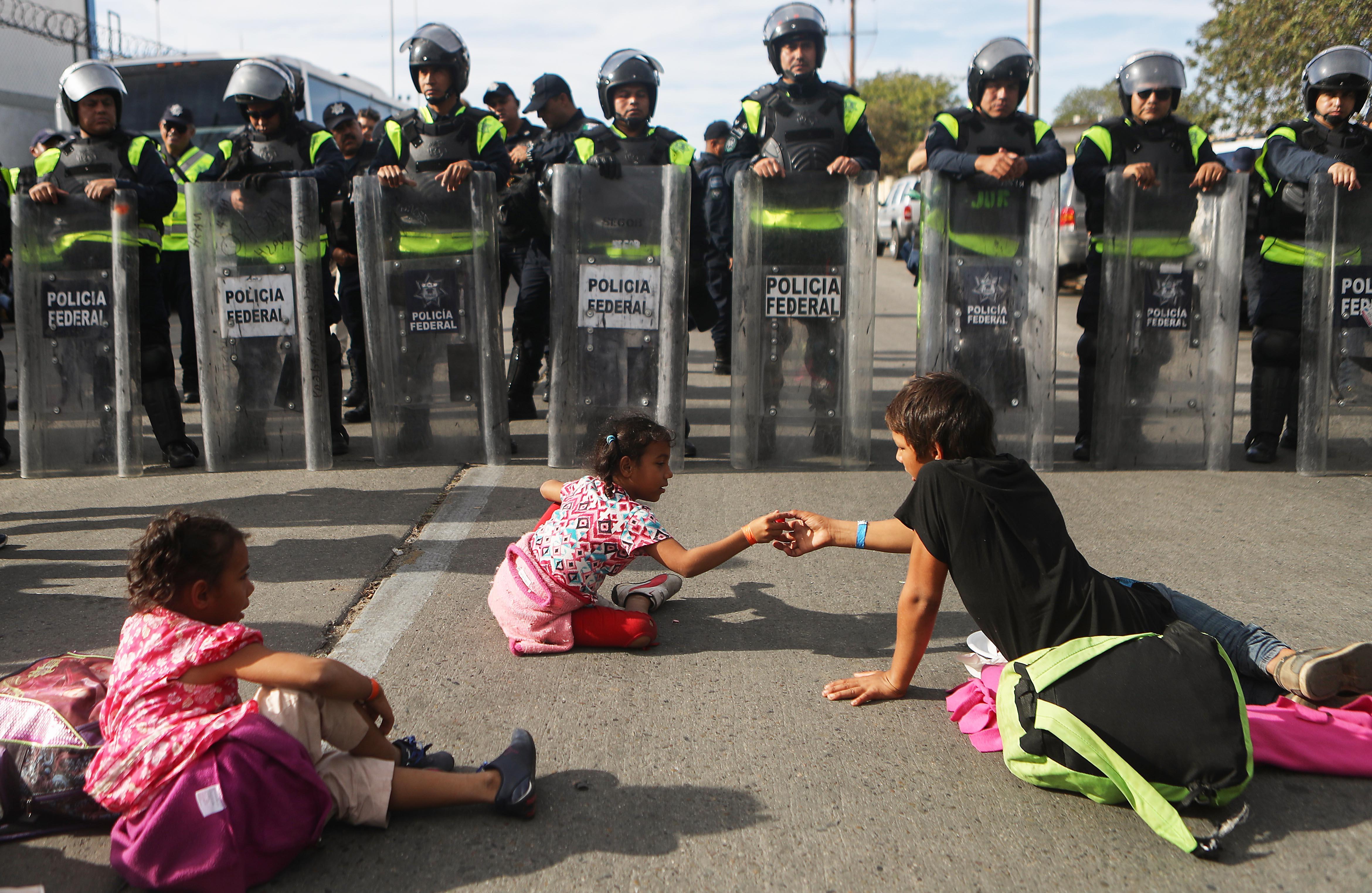 TIJUANA, Mexico -- The mayor of Tijuana has declared a "humanitarian crisis" in his border city and said he has asked the United Nations for aid to deal with the approximately 5,000 Central American migrants who have arrived in the city. Mayor Juan Manuel Gastelum said the Mexican federal government has provided little assistance and he is not going to commit the city's public resources to dealing with the situation.

"We don't have sufficient and necessary infrastructure to adequately attend to these people, to give them a decent space," he said on Grupo Formula radio.

"I am not going to spend the money of Tijuana (citizens)," he said.

On Thursday, his government issued a statement saying it was requesting help from the U.N.'s Office for the Coordination of Humanitarian Affairs.

Gastelum's declaration came a day after President Trump made a Thanksgiving Day threat to close the U.S. border with Mexico for an undisclosed period of time if his administration determines that its southern ally has lost "control" on its side.

This week a memo signed by White House chief of staff John Kelly declared the Pentagon has the authority to allow troops to use force, including lethal force, to protect federal personnel at the border if necessary. The memo, dated Tuesday, said troops at the border "may perform those military protective activities that the secretary of defense determines are reasonably necessary to ensure the protection of federal personnel, including a show or use of force (including lethal force, where necessary), crowd control, temporary detention, and cursory search."

"The deployed military personnel shall not, without further direction from you, conduct traditional civilian law enforcement activities, such as arrest, search and seizure in connection with the enforcement of the laws," said the memo, which was obtained by CBS News national security correspondent David Martin.