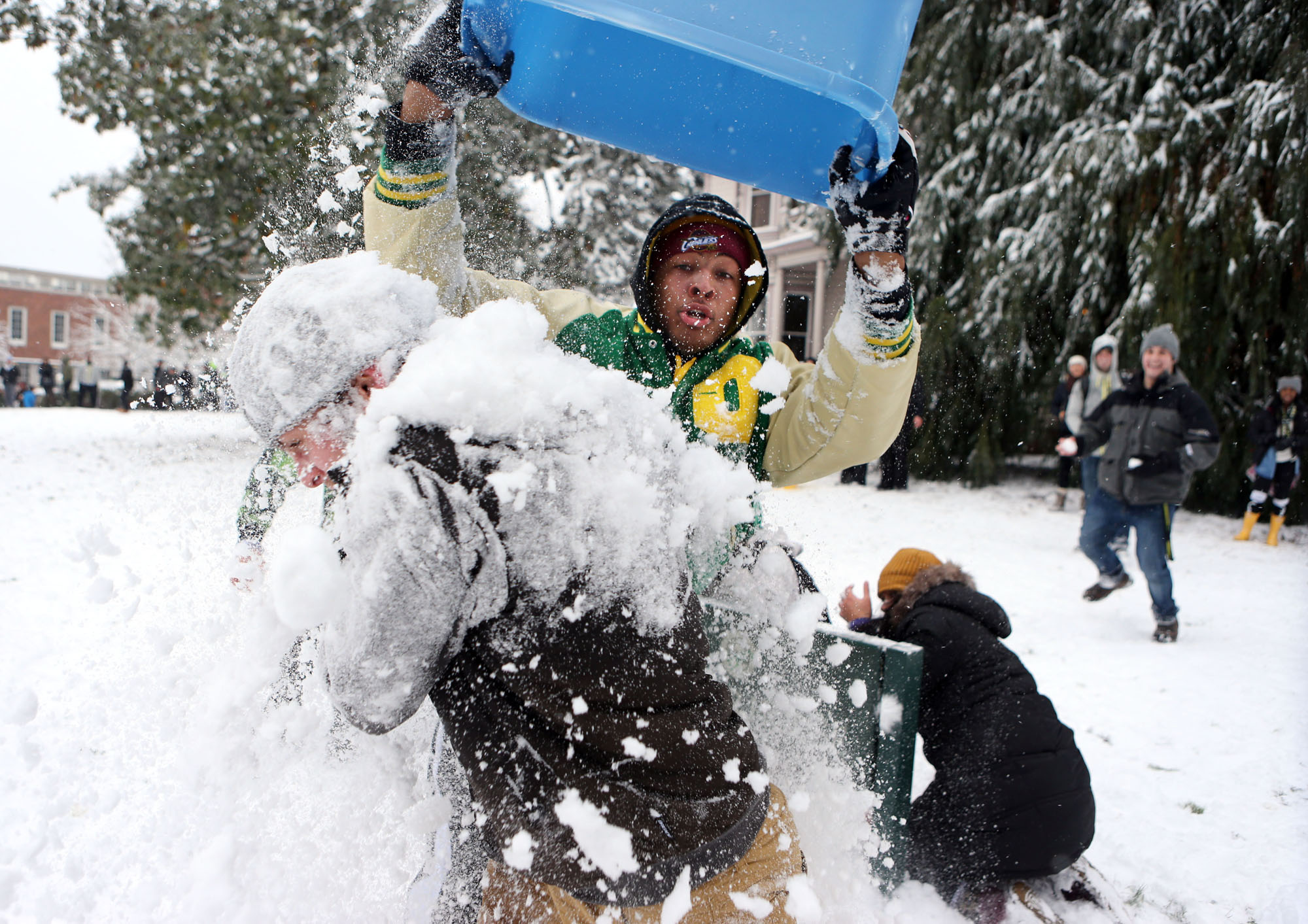 PORTLAND, Ore. -- Oregon tight end Pharaoh Brown has been suspended for the Ducks' upcoming bowl game because of his role in an on-campus snowball fight that got out of hand.

A YouTube video of Friday's fight shows players and other students pelting a car with dozens of snowballs in front of the Erb Memorial Union in Eugene. At one point, the overmatched driver opens his car door and is hit with a bucket of snow. The video had attracted more than 2.5 million views as of Monday afternoon.

"I was one of the many UO students involved in the snowball fight on Friday, and my actions escalated to an inappropriate level and, for that, I sincerely apologize," Brown said in a statement released by the university. "We never should have engaged innocent people, and I deeply regret my actions and will accept the consequences."

The suspension was announced Monday by Head Coach Mark Helfrich, who has apologized to the targeted drivers. Helfrich had promised discipline during the weekend, saying the behavior shown in the video was "completely unacceptable and dangerous."

Brown, a 6-foot-6, 241-pound sophomore, caught 10 passes during the regular season and scored two touchdowns. He started five of the nine games in which he appeared, getting more playing time after starting tight end Colt Lyerla left the team in October to prepare for an NFL career following a one-game suspension for violating team rules. He was later arrested for cocaine possession and is awaiting trial after pleading not guilty.