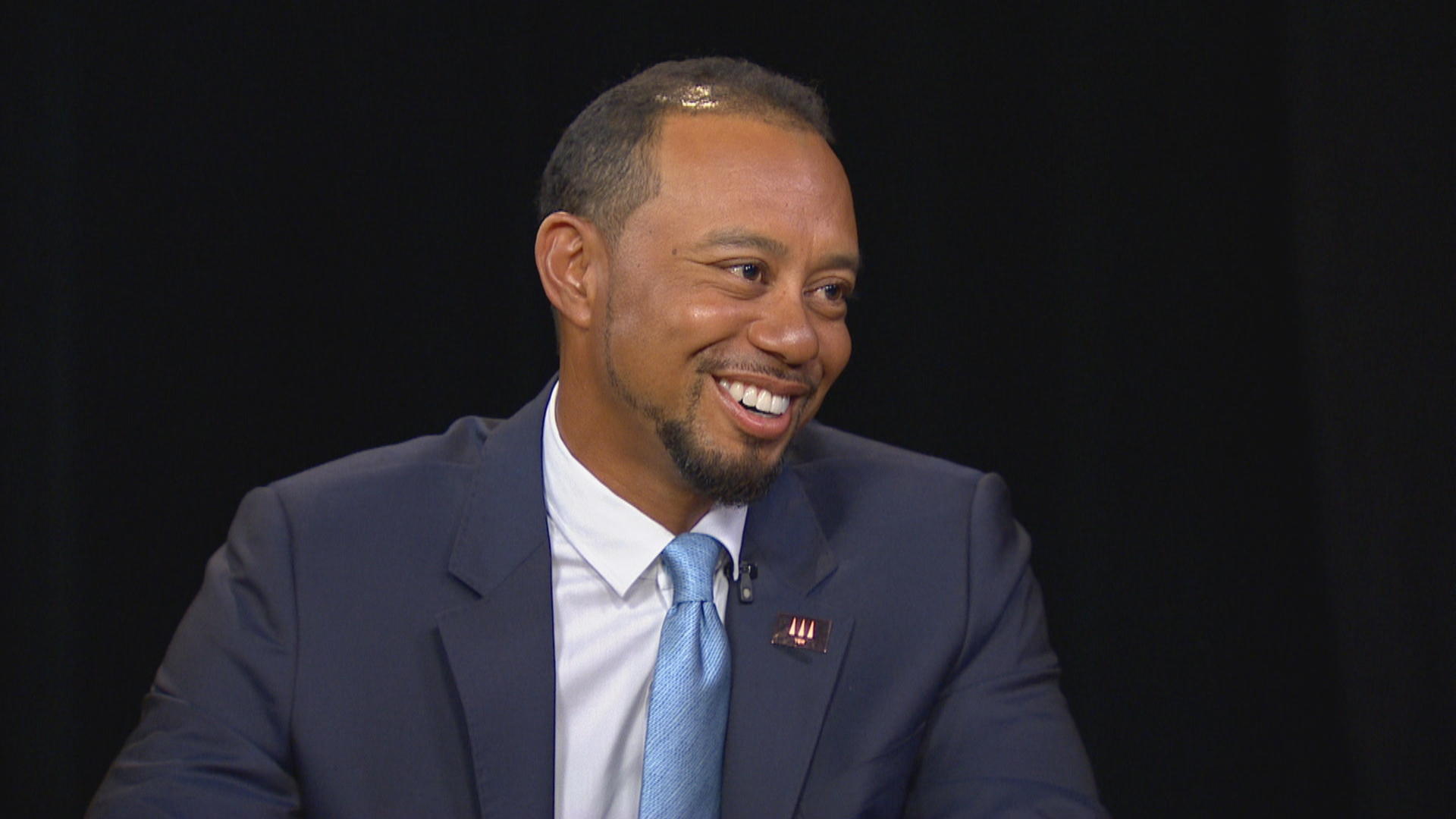 Golf great Tiger Woods has a timeline for his return to the game. He sat down for a rare one-on-one interview with Charlie Rose on Rose’s PBS program as the charitable group he started with his father, the Tiger Woods Foundation, turns 20.

Woods spoke about his struggle to come back after a series of injuries, the fallout from controversies he endured in 2009, and the one decision that remains his single biggest regret.

Rose: When do you think you’ll come back?

Woods: I’m hoping to come back in December.

Rose: You believe you can do that? You’ll be ready? Something will happen between withdrawing from Safeway and competing there?

Rose: Here is what’s interesting about you -- more than any golfer -- any athlete I know. It’s not just you. It’s us. We can’t let you go. I mean, there’s is a sense that we never --

Rose: Well, [laughs] yes. But there is a sense that we never understood how it was to be so brilliant on a golf course. We didn’t get how one could be so dominant in a sport. We didn’t understand how you could lose that, either. … You’ve thought about that?

Woods: Of course, Charlie. You know, I miss being out there. I miss competing. I miss mixing it up with the boys and coming down the stretch.

Woods: I like beating those guys. That’s why I practice all those hours ... is to be ready to take on those guys down the stretch. And do I miss it? Absolutely, 100 percent. And to be at my age now, at 40 years old … I’m the first one to admit: I can’t do the things I used to be able to do. Most people can’t at my age, versus when they were younger. I have to find different ways to go about it.

Rose: You have to find other ways to win?

Woods: Yes, I do. But I’m naturally a tactician. Even when I was hitting the ball long and blowing over the top of bunkers, that was the strategy. And so, I used my mind, and then eventually the method I used allowed me to master my craft.

Rose: But that’s why the mind is so important.  I mean, you used your mind. You learned that, you know, at -- you learned that from your father, I assume.

Rose: Some have said to be Tiger Woods was both a gift and a burden. How was it a burden?

Woods: Well, it’s a burden in the sense that it -- the amount of obligations that I have at a tournament. The anonymity that was lost that, you know, one -- the -- you know, if you look back, the only regret I have in life is not spending another year at Stanford, and I wish I would’ve had one more year.

Rose: That’s the only regret?

Woods: That’s the only regret, I wish I had.

Rose: Of all the things that’s happened to you?

Woods: All the things and that’s all --

Woods: All the things I’ve been through are tough, yes. They’ve been tough, but they’ve been great for me, but I wish I would’ve gone one more year at Stanford.

Rose: Would you be the golfer you are without your dad?

Rose: You would not be the champion that you became.

Rose: Because your mother stood by you and stood by him.

Woods: My mother was so supportive and so loyal, and so great as a mother that there’s no way.

Rose: She was also supportive after Thanksgiving 2009 when you had a public humiliation.

Rose: Some would suggest, obviously, that that humiliation you went through publicly -- your private life, exposed, has a lingering effect on your mind and your game.

Woods: I’ve heard that, too. I look at the fact that, yeah, I’ve -- I made a bunch of mistakes. But in the end, Elin is my ex-wife. She’s one of my best friends. We’ve had two beautiful kids.

Rose: How do you tell your kids why mama and daddy are not together?

Rose: Why is that?

Woods: I don’t know. I’ve always had that. You know, if you win a race, you know, you win a meet by a second or two, it sure feels a lot better if you win it by five or six, you know? Striking four or five guys out. But you know what? Throwing no hitters -- even better.

Rose: Do you believe you’ll get 18 majors?

Woods: To be honest with you, no.

See the full conversation between Woods and Rose Thursday night on PBS.