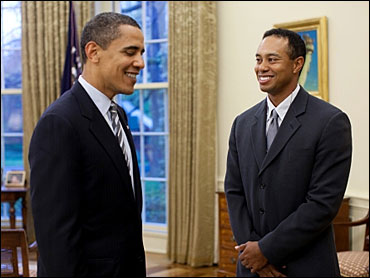 Staffers told the Associated Press that the president greeted Woods in the Oval Office, where the pictures were taken.

According to the AP, the golfer "got a tour of the White House from Marvin Nicholson, an Obama aide who once caddied at the Augusta golf course, where Woods tied for sixth place in this year's Masters Tournament."

Woods was reportedly invited to the White House, and he wasn't the only athlete to visit on Monday: Members of the Chicago White Sox, the president's favorite baseball team, also stopped by. Here's one more picture of the Woods/Obama meeting: 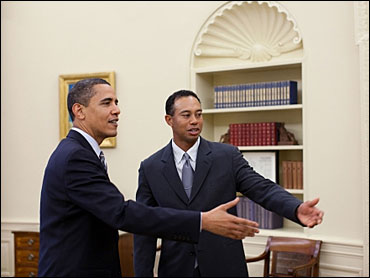