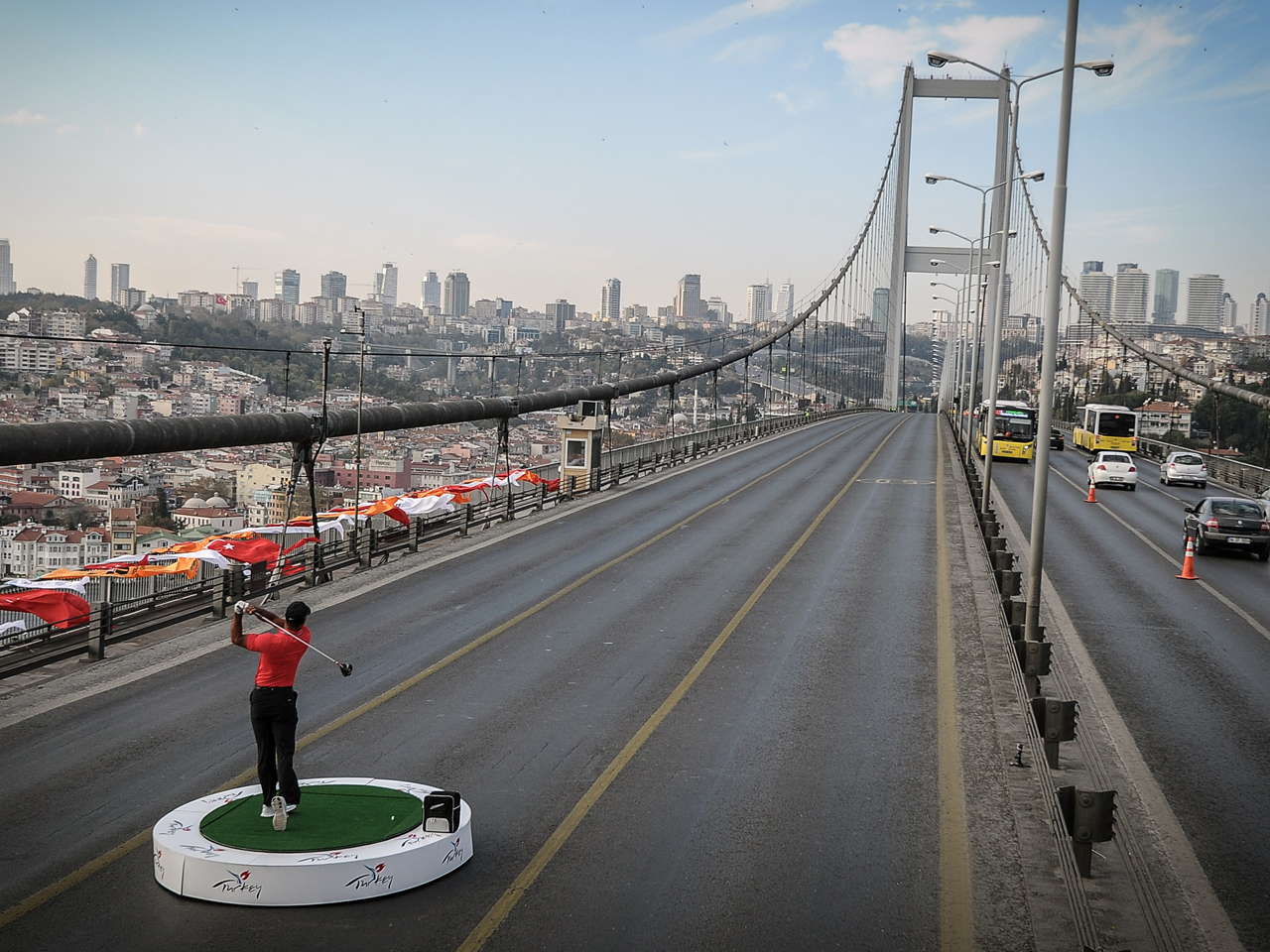 BELEK, Turkey His heritage bridges continents. Now his game has, too.

Tiger Woods hit balls from Europe into Asia on Tuesday when half of the six-lane Bosphorus Bridge was closed for the world's top-ranked golfer.

In a publicity stunt for this week's Turkish Open, Woods stood on a makeshift tee and launched drives along the world's fourth longest suspension bridge, which spans 5,118 feet.

It is 210 feet above the Bosphorus River.

"To be the first golfer to do this was very cool," Woods said.

About 180,000 vehicles cross the bridge daily, many just to say they crossed from one continent to the other.

Several Istanbul morning newspapers warned the bridge would be part-closed for 28 minutes in the afternoon for Woods, and a small crowd watched him.

Woods is the only non-European entered in the Turkish Open starting on Thursday.