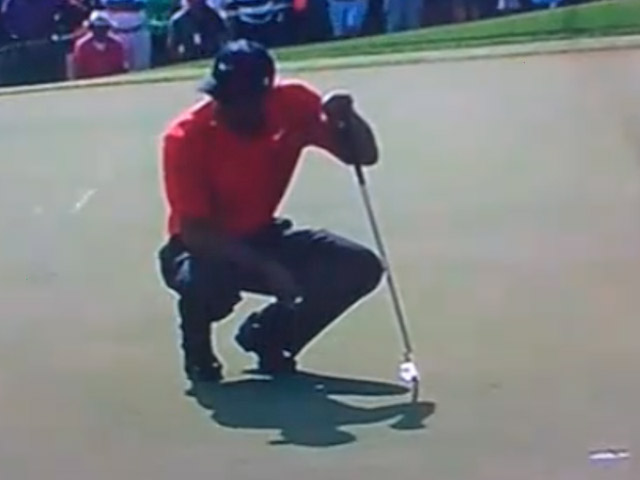 During the last round of the Dubai Desert Classic, Tiger Woods made a triple bogey.

But it was his single lugey that is getting all the attention.

Woods was fined by the European Tour for spitting on the12th green after missing a par putt - a move that prompted a TV announcer to call him "arrogant and petulant" on the air.

"There are some parts of him that are just arrogant and petulant. Somebody now has to come behind him and maybe putt over his spit," said Sky Sports commentator Ewen Murray. "It does not get much lower than that."

Tournament director Mike Stewart reviewed the incident and said "there has been a breach" of conduct. Murray was not so diplomatic on the air - he called the phlegm discharge "disgusting."

Woods later apologized. "The Euro Tour is right - it was inconsiderate to spit like that and I know better," Woods said on Twitter. "Just wasn't thinking and want to say I'm sorry."

The tour would not give the amount of the fine but it is probably between $400 and $16,000 for a minor breach.

It was not a good day of etiquette for a golfer stuck in the longest victory drought of his career. At one point, he yelled at photographers for disturbing his shot.