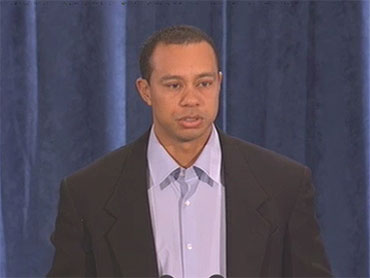 In his statement today about his recovery from the failings that have impacted his family and career, golfer Tiger Woods vowed a return to the teachings of Buddhism which had guided him since childhood.

Part of his therapeutic quest, Woods said, would be Buddhism, "which my mother taught me at a young age. People probably don't realize it, but I was raised a Buddhist, and I actively practiced my faith from childhood until I drifted away from it in recent years.

"Buddhism teaches that a creation of things outside ourselves causes an unhappy and pointless search for security. It teaches me to stop following every impulse and to learn restraint. Obviously, I lost track of what I was taught."

Woods said that while he will continue to pursue therapy, one thing he has learned is "the importance of looking at my spiritual life and keeping [it] in balance with my professional life. I need to regain my balance and be centered, so I can see the things that are most important to me: My marriage and my children."

According to Reuters and Times of London interviews in March 2008, when asked if he were a practicing Buddhist, Woods said he practices meditation, and has attended temple with his mother, but stressed the tenets of Buddhism about internal growth: "In the Buddhist religion you have to work for it yourself, internally, in order to achieve anything in life and set up the next life."

He said his mother has preached to him that "you have to work for everything in life, and you get out of it what you put into it. So you're going to have to work your butt off in every aspect of your life. That's one of the things people see in what I do on the golf course, but that's just one small facet of my life."

"I believe in Buddhism. Not every aspect, but most of it," Woods told Sports Illustrated in 1996. "So I take bits and pieces. I don't believe that human beings can achieve ultimate enlightenment, because humans have flaws."

The foundation of Buddhist philosophy is ethics, James Shaheen, editor and publisher of the Buddhist magazine Tricycle, told the Associated Press: "An ethical life leads to a life of less suffering."

Buddhists are taught that redemption for unethical actions is sought not through an omnipotent figure but through oneself.

Fox News commentator Brit Hume raised a stir last month when he suggested that the only way for avowed Buddhist Woods to achieve forgiveness and redemption was to "turn to the Christian faith and you can make a total recovery and be a great example to the world."

That stirred the ire of many Buddhists, including Robert Thurman, a professor of Tibetan studies at Columbia University, who called Hume's assertion that the Buddhist faith does not provide for forgiveness or redemption "ridiculous."

"It is insulting to Buddhism to indicate that Buddhism doesn't take care of its own believers and followers. But I think he will discover that Buddhists are very forgiving about his stupid statements," Thurman told the Associated Press.

Coaches charged after teen dies at practice
Thanks for reading CBS NEWS.
Create your free account or log in
for more features.
View CBS News In
CBS News App Open
Chrome Safari Continue
Be the first to know
Get browser notifications for breaking news, live events, and exclusive reporting.