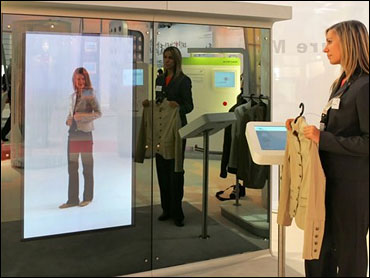 Amidst one more tribute to Payne Stewart came yet another coronation for Tiger Woods.

A long and sorrowful week at the Tour Championship finally concluded Sunday with several players wearing knickers to honor Stewart, and Woods adding another victory to the best season on the PGA Tour in 25 years.

Woods won his third straight tournament, his seventh PGA Tour victory this year in only 20 starts, by closing with a 2-under 69 for a four-stroke victory over Davis Love III.

The title was his seventh in his last 10 tournaments including a victory in Europe, and the $900,000 pushed Woods over $5.6 million for the year nearly as much as Jack Nicklaus won in his entire career.

The 23-year-old also wrapped up the money title, even though $1 million is at stake next week in the World Golf Championship event in Spain.

Of his 14 career PGA Tour victories and 17 worldwide, this was more hollow than any of them. Ultimately, the week belonged to the memory of Stewart, who was killed in a plane crash on Monday.

"We've all tried to come to grips with everything," Woods said. "It's been tough. I can honestly say I'm pretty drained. I'm thankful this week is over."

Woods, who finished at 15-under 269, holed a short par putt on the 18th about 40 feet from a portrait of Stewart, propped against a table holding the Tour Championship trophy.

Tom Lehman ordered a pair of knickers for everyone who felt comfortable wearing them. Stuart Appleby got permission from Tracey Stewart to pick out an outfit from Stewart's closet the night before his memorial service Friday in Orlando, Fla.

"It's like walking in his shoes for one day," Appleby said. "I felt like him for one day, even though my swing wasn't as fluent as his and I didn't putt as good."

Right now, no one is playing anywhere near the level of Woods.

"His Royal Eminence," Appleby said. "It's like boxing. He could knock you out with a light punch. And when he needs to, he can step it up and knock you clean out of the ring."

This was the latter.

On a course softened by rain that played into Woods' hands with his awesome length, the margin of victory was his largest since he won the Masters by 12 strokes in 1997, ansignaled that he might become the next force in golf.

But who could have imagined this?

"I knew I could shoot a low number and still probably not win," said Love, who closed with a 67. "I saw 27 holes of him yesterday. I wasn't 100 percent this week, but my 100 percent still might not beat him. As long as he doesn't hit too many rocks, he's going to be good for a long, long time. We're all going to have to get used to it."

Woods smashed through a baseball-sized rock on Thursday and left the course with a pinched nerve. That healed quickly, and no one had much of a chance.

Chris Perry got within two strokes of Woods with a 30-foot birdie putt on the first hole, but he had to take an unplayable lie two holes later and was never again a factor. Woods never led by fewer than three strokes.

Brent Geiberger had a 69 and was third at 274. Perry bogeyed the last hole for a 72 and was another stroke back.

It was the 11th straight time Woods has had at least a share of the lead going into the final round and gone on to win.

A more stunning streak is how often he has been in contention and winning. Dating to the Deustche Bank-SAP Open in Germany in May, Woods has won seven times in 10 tournaments and finished lower than seventh only once.

"That's just a staggering statistic," Phil Mickelson said. "What I have a hard time believing is what a high level he has played at. Normally of all the guys in the field, a couple will get hot and go low. And it's been Tiger every single week."

^DIVOTS: The victory was Woods' 15th top 10 finish this year, the most since Stewart in 1986. He also becomes the youngest player to win eight times (including Europe) since Horton Smith won eight tournaments at age 21 in 1929.