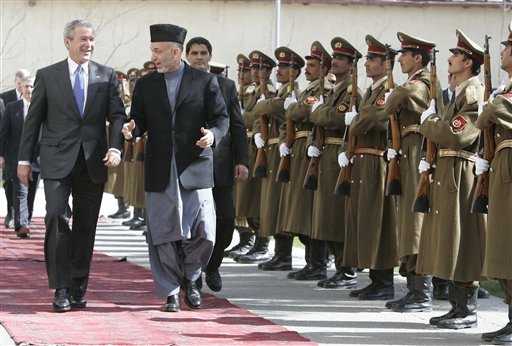 Fittingly, Woods closed out a 2&1 victory on the par-3 17th with a two-putt par. He won the first four par-3s to take a commanding lead, and hung on when Duval made one mistake too many.

With a sun tucked behind the foothills, Duval conceded the match as the floodlights cast long shadows across the green. Whether the first golf event televised live in prime time by a network was a success won't be clear until overnight ratings for ABC Sports are released on Tuesday.

"I hate to say it, but it's basically up to the ratings," Woods said. "How high the ratings are will determine how successful it was."

"I know I can play better against him than I did," Duval said. "My game did not feel really good today. I don't know why."

Woods, who has won three times and has finished no worse than seventh since his post-Masters break, is No. 1 in the world rankings a position Duval previously held by becoming the first player in 25 years to win four times before the Masters.

That wasn't at stake Monday night, in what essentially was an exhibition, a chance for the top two players in the world to finally go head-to-head.

It wasn't a masterpiece by any stretch.

Two-up after the first two holes, Duval didn't win another one until the 13th. He tried to push Woods down to the wire, but wound up in the rocks. Duval hit his drive into a cluster of stones and shrubs on No. 16, making the match dormie.

He then hit his tee shot on the 17th about 50 feet away, and Woods only had to two-putt for par from about 40 feet to win the match.

"As much as anything, it was a lack of execution," Duval said. "I didn't play as well as I would have liked."

Woods and Duval have been paired together only one other time, in the third round of the World Series of Golf last year, a tournament that Duval went on to win.

Both would gladly trade Monday night's made-for-TV event for a real showdown, perhaps next week in the PGA Championship at Medinah Country Club.

For now, those clamoring for a rivalry to develop had to settle for this.

It was clear throughout this was not a major, not a regular PGA Tour event, not anything but two young stars playing a round of golf with about 2,000 people scrambling to watctheir every move. They walked the fairways together at one point, Woods had his arm around Duval's shoulder.

Woods said they would try to beat each other's brains out on the course, but it didn't look like anything other than what it was an exhibition.

"This is our rubber match," Duval told him on the driving range. "Remember in Ireland. We were 1-1 in our Nassau (bets). Of course, I won the money on them."

Duval took the lead quickly, making an 8-foot birdie putt on the first hole and taking the next one when Woods three-putted from about 20 feet away on the fringe. But Duval went 10 holes before winning another one, and Woods won half of those.

Four of those came on the par-3s.

Duval caught a plugged lie in a bunker on No. 3, blasted out 40 feet long and two-putted for bogey. On the 186-yard sixth, a spectacular downhill hole below the foothills with water guarding the green, Woods hit it to 8 feet and Duval came up short with an 8-iron, landing in the rocks below.

The price of general admission tickets was slashed in half because of poor sales those who bought in advance were given a chance at a rebate or an additional ticket. Those who came to the "Showdown at Sherwood" were boisterous, seemingly broken into two camps Woods or Duval.

"It was a pretty exciting atmosphere," Woods said.

What they saw was an awesome display of power from two of biggest hitters in golf and consistency from Woods, who missed only three greens over 17 holes.

Duval was wild, but he also showed some mettle. Right when it looked as though Woods might wrap up this match early, Duval found a way to hang around.

Duval shaved the margin again with a two-putt from 10 feet for birdie on the 14th, but he missed his chance to square the match on the next hole when a 12-foot birdie slid by the hole.

Woods was never threatened again. Duval threw away the 16th by hitting into the rocks, and his tee shot on the 232-yard 17th, where only a birdie could keep him in the match, caught a ridge and drifted 50 feet away.