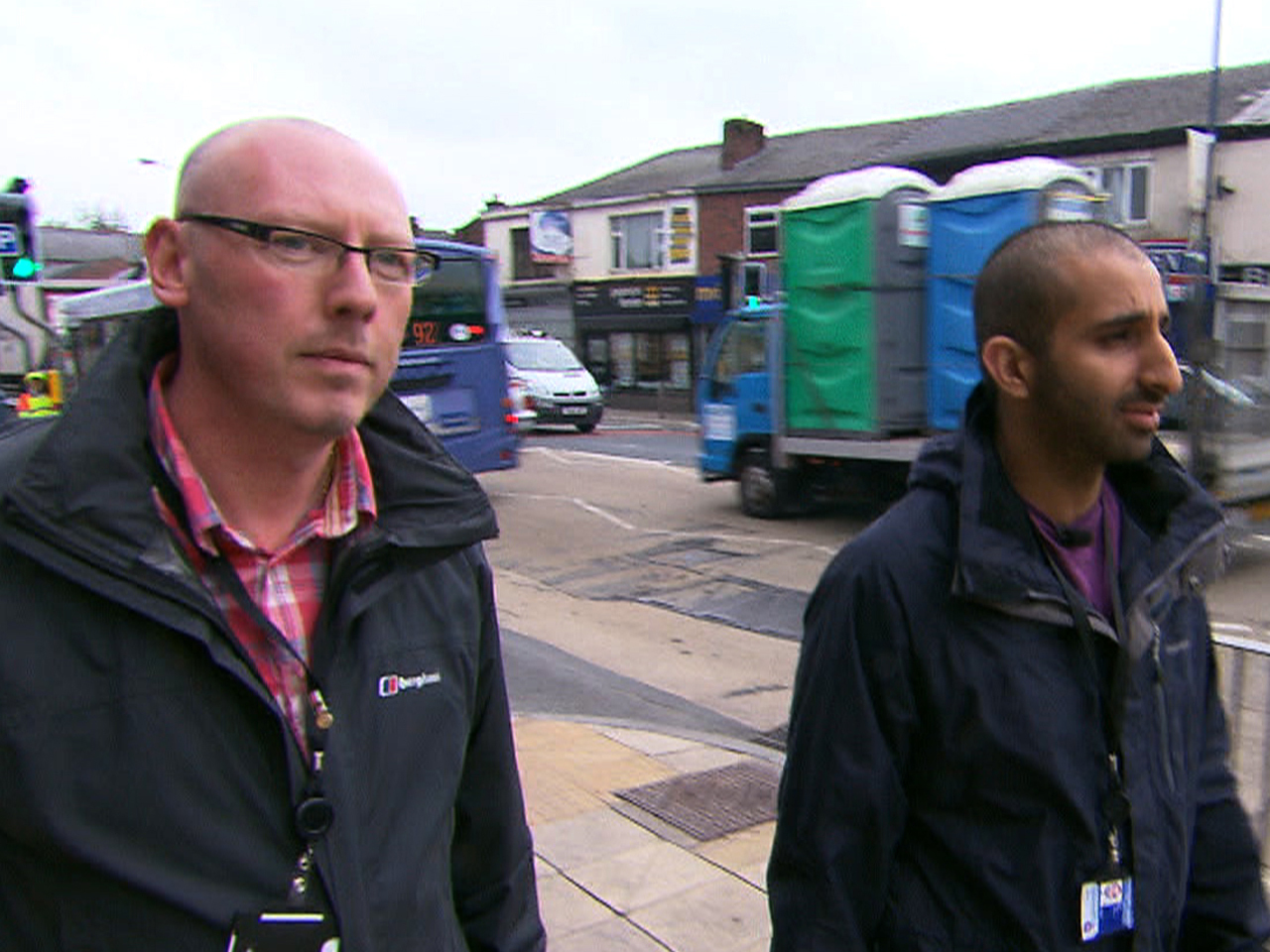 (CBS News) In the 12 years since 9/11, al Qaeda continues inspiring numerous acts of terror. It does so with a sophisticated information campaign. Messages are spread online using sites like YouTube. So far, law enforcement in the United States is unable to find a way to respond, but that's not the case in Britain.

Before 9/11, radicalization was up close and personal, CBS News senior correspondent John Miller reported on "CBS This Morning." A recruit was identified and groomed, taken to a camp and trained. Today, much of radicalization is global, done through sophisticated propaganda videos in the darkest corners of the Internet. So what is the strategy to counter that?

Miller, a former deputy director of national intelligence, went to London and Manchester, England, recently to look at what they are doing differently there.

In the Boston Marathon bombing, the FBI says much of the bombers' inspiration came from Anwar al-Awlaki, the late, senior recruiter for al Qaeda, whose message is spread across YouTube in dozens of videos. Awlaki said in one video, "To the American people, I say, your security will continue to be threatened as long as your government continues its aggression against the Muslim people."

Maajid Nawaz, a British citizen and former radical, said of Awlaki, "I think (he) realized that he could build up a cult following and then gather entire chunks of people in that direction."

Nawaz says 12 years after the Sept. 11 attack governments have failed to create a counter-narrative that is as powerful to young, disaffected youths as the messages of Awlaki or Osama bin Laden.

Nawaz said, "I had absolutely no empathy for the suffering in the United States."

Nawaz was arrested in Egypt and, he says, tortured for plotting to topple the government there. Today, Nawaz says, he was taken in by a narrative that is built from what he calls "cleverly arranged half-truths."

He explained, "So to add these half-truths up and conclude that there is a global war against Islam is what leads to the young radical reaching a state where his or her heart is completely hardened and closed off to anyone other than Muslim suffering."

And that, Nawaz says, becomes the justification for attacks such as the Boston bombing.

In his new book, "Radical," Nawaz charts his own path from radicalization to rejection: "Since then I've visited ground zero, I've spoken at the 9/11 Memorial, and I've changed my views on all of this."

He argues for smarter messaging to fight the romanticized notions of violent jihad as an adventure. He said, "We don't have a Coca-Cola to their Pepsi."

Nawaaz grew up and became radicalized in Great Britain, and that country is ahead of other western nations in its attempt to reach out to Muslim youth. Miller went to Manchester to see how police there are working to identify young people at risk.

Manchester Police Chief Constable Peter Fahy, who heads that program, said, "It's about our reach into local communities so that we know what's going on."

Plainclothes officers work their contacts in neighborhoods with ties to nations in the Middle East, Africa and Asia. One officer told Miller, "We are not there to identify sources, but we are there to bring their concerns back."

And when the community identifies a person who may be headed down the path of radicalization or violence, police look at their options. Do they make an arrest or do they find another approach?

Asked how that is evaluated, Fahy said, "Number one, if it's crossed, you know, the divide into conduct which is clearly criminal, is this a vulnerable person who perhaps has been radicalized, is this a person who is capable of rescue?"

Nawaz has an even broader vision: He said it's "to challenge extremism and advocate for democratic values. Simply focus on renegotiating the social contract so the young people can believe in certain core principals of human rights and democracy."

For more on this story, watch Miller's full report and analysis on "CBS This Morning" above.

Dr. Holly Phillips joins "CBS This Morning" to discuss who could benefit from this shot in the arm