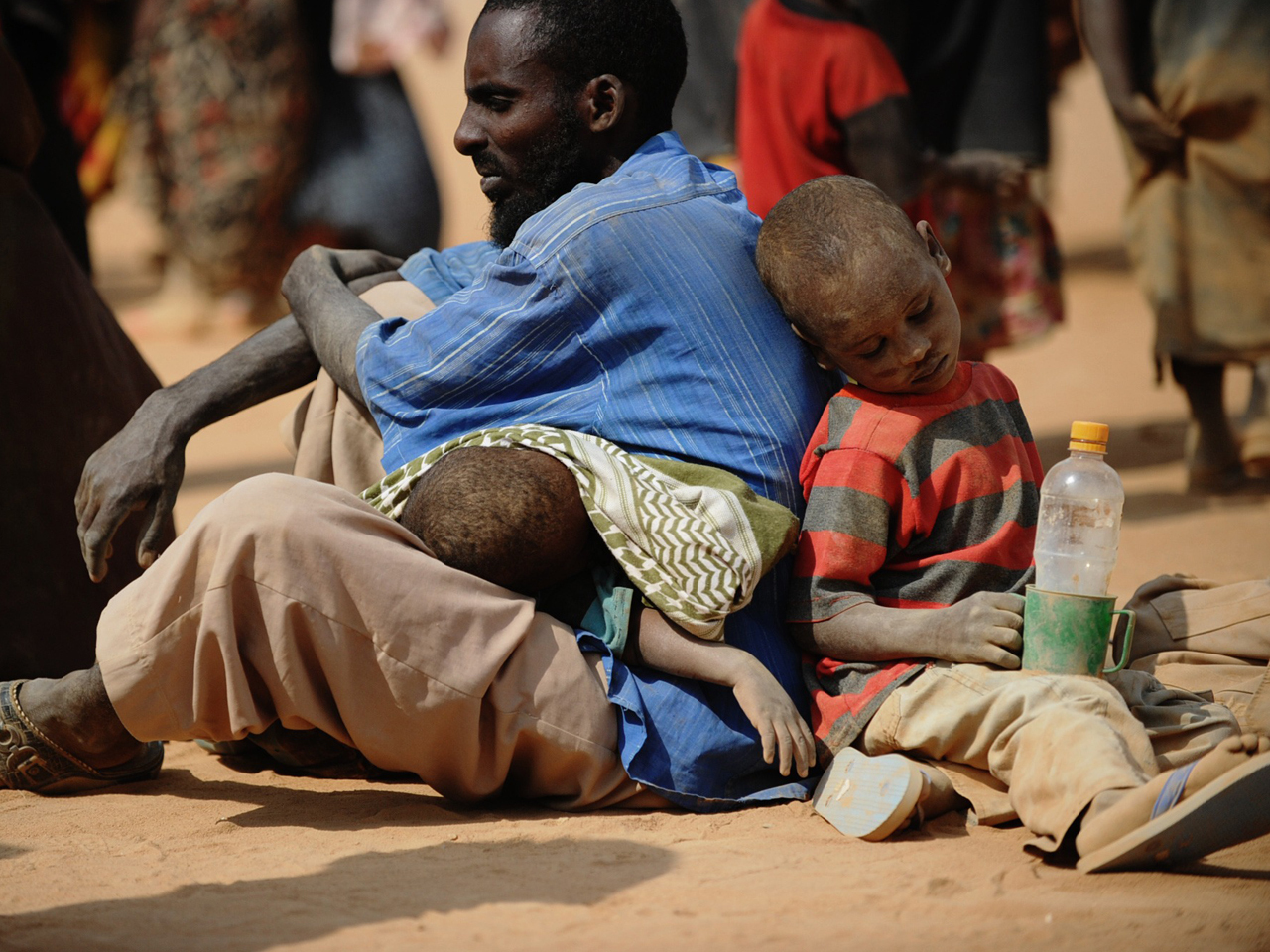 GENEVA - Throngs of Somali children are dying because of the harrowing journey with their families to reach refugee camps in neighboring Kenya and Ethiopia, the U.N. refugee agency said Tuesday.

Some of the children don't survive the exhausting trek and aid workers are learning of those deaths from families who tell their stories once they arrive at one of the overcrowded border camps that now host more than 382,000 people, agency officials said.

But agency officials said many of the children arrive so hungry and frail that even the emergency care and therapeutic feeding that they immediately receive isn't enough to revive them. The officials say they do not yet know exactly how many children are dying, but the crisis is taking on unimaginable proportions.

U.N. humanitarian coordination office spokeswoman Elizabeth Byers tells CBSNews.com that the therapeutic feeding centers in Kenyan camps have reported more deaths among arriving Somali children in the first quarter of 2011 than in all of 2010.

"It's so extreme," agency spokeswoman Melissa Fleming said. "Our people are saying they've never seen anything like it."

Fleming said 54,000 people fled Somalia in June — triple the number in May — and the refugee families include an unknown number of children under age 5 who are dying from hunger and exhaustion.

More than 135,000 Somalis so far have fled the unending violence in their country in a fast-escalating crisis that is being compounded by one of the worst droughts to hit East Africa in decades, Fleming said.

Her agency estimates a quarter of Somalia's 7.5 million population is now uprooted in their own country or living as a refugee abroad. In Dadaab camp in Kenya, for example, 1,400 refugees a day are pouring in.

Some 9 million people need humanitarian assistance in the drought-hit countries of the Horn of Africa, which is experiencing one of the worst droughts since the early 1950s, according to the U.N.'s humanitarian aid coordination office (UNOCHA).

The UNOCHA chief coordinator for Somalia, Mark Bowden, made an appeal for help at an event in New York on June 29.

"Resources are woefully inadequate. We have an appeal that is at the moment only 40 percent met. Some of the key sectors that are needed to protect and save the lives of people in Somalia are not being addressed at all. So we find ourselves as the humanitarian community in a position that we want and are able to do more but just don't have the resources with which to do it," said Bowden.

One of the key difficulties in addressing the humanitarian crisis in Somali, says the UNOCHA, is its location. The crisis is centered in southern Somalia - territory currently controlled by the al Qaeda-linked Islamic militant group al-Shabaab. Somali held 2 months on U.S. ship now faces terror trial

Child malnutrition rates have reached emergency levels of 15 percent in some areas, said the Office for the Coordination of Humanitarian Affairs, which cited a lack of food as a major factor in the surge in people leaving Somalia in search of help.

According to Byers, the U.N. children's charity UNICEF estimates that 480,000 children are currently severely malnourished in Somalia, Kenya and Ethiopia, compared to 320,000 in 2009 - an increase of about 50 percent, down largely to the drought.