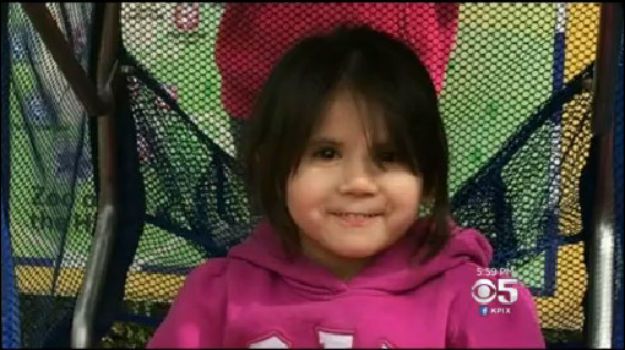 Firefighters and paramedics were called to the Dentalbliss office in San Ramon, California when the girl, identified as Marvelena Rady, did not wake up from an unidentified procedure.

"We received a medical call, my officers, of a three-year-old female juvenile that was going through a dental procedure and had some complications," an emergency worker said. "When we arrived here, San Ramon Fire was already on scene performing CPR."

Marvelena was transported by ambulance to San Ramon Valley Regional Center where she was pronounced dead. The coroner's office says the cause of her death is still under investigation.

The Marvelena family tells KPIX they are devastated, and still trying to figure out what happened while making funeral arrangements. Her father posted on Facebook, "God have mercy on you my daughter."

The girl's dentist, Dr. Cheri Dang at Dentalbliss, said she could not comment about what happened and referred questions to her attorney.