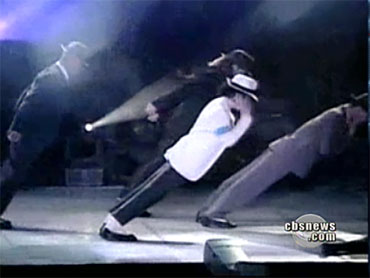 Three suicide bombers blew themselves up at a sports field in a predominantly Shiite town in northern Iraq on Friday, killing at least 10 people and wounding another 120, police and hospital officials said.

The attack took place during a soccer game Friday evening in the town of Tal Afar, located between the Syrian border and the volatile city of Mosul.

The first bomber waited until the end of the match and then detonated his car bomb amid a crowd of supporters and players near the field's entrance. In the ensuing panic, two others attackers activated their suicide belts inside the screaming crowd, local police officials said.

The sports field was located in a majority Shiite neighborhood in the ethnically Turkomen town that has been repeatedly targeted by suicide bombers over the years.

A hospital official confirmed the casualty figures. Many of the wounded were taken by ambulance to Dahuk, some 60 miles away because local hospitals were overburdened.

Once an insurgent stronghold, Tal Afar became a test case for the U.S. military's counterinsurgency strategy in 2005, and was largely pacified. It has remained a target, however, and has gone through cycles of stability and instability for years. The most recent attacks in the city before Friday's blasts took place in October and prior to that in July, with dozens killed in both cases.

The violence came on the same day that al Qaeda in Iraq's new leader said a fresh campaign of violence was under way and warned Shiites that "dark days soaked with blood" lie ahead.

The Iraq insurgent umbrella group, the Islamic State of Iraq, named al-Nasser Lideen Allah Abu Suleiman as its new minister of war Friday. His predecessor was killed in a U.S.-Iraqi military attack on a safe house in April.

There are fears that with a new round of attacks mostly targeting Shiites, al Qaeda is hoping to provoke a backlash against Sunnis and re-ignite the sectarian bloodshed that brought the country to the brink of civil war in 2006 and 2007.

Within hours of the al Qaeda leader's warning, a car bomb exploded outside a Shiite mosque south of Baghdad just after Friday prayers, wounding 20 worshippers as they were leaving, local police said.

On Monday, Iraq was struck by a string of coordinated attacks that killed 119 people across 10 cities. In most cases, Shiites or members of the security services were targets.

The are fears that the political uncertainty that has gripped Iraq since the country's inconclusive March 7 parliamentary elections could help fuel renewed bloodshed just as U.S. troops prepare to go home.

Iraqis are still awaiting the official election results, although they moved a step closer Friday when the election commission announced the completion of its two-week long recount for Baghdad province.

Qassim al-Abboudi of the commission said there was no fraud so he expected little change from the original outcome. He said the results would be announced Monday.

The recount and other challenges to the results have delayed the seating of the new legislature and raised fears that the political uncertainty could lead to a surge in violence as U.S. troops prepare to leave Iraq.