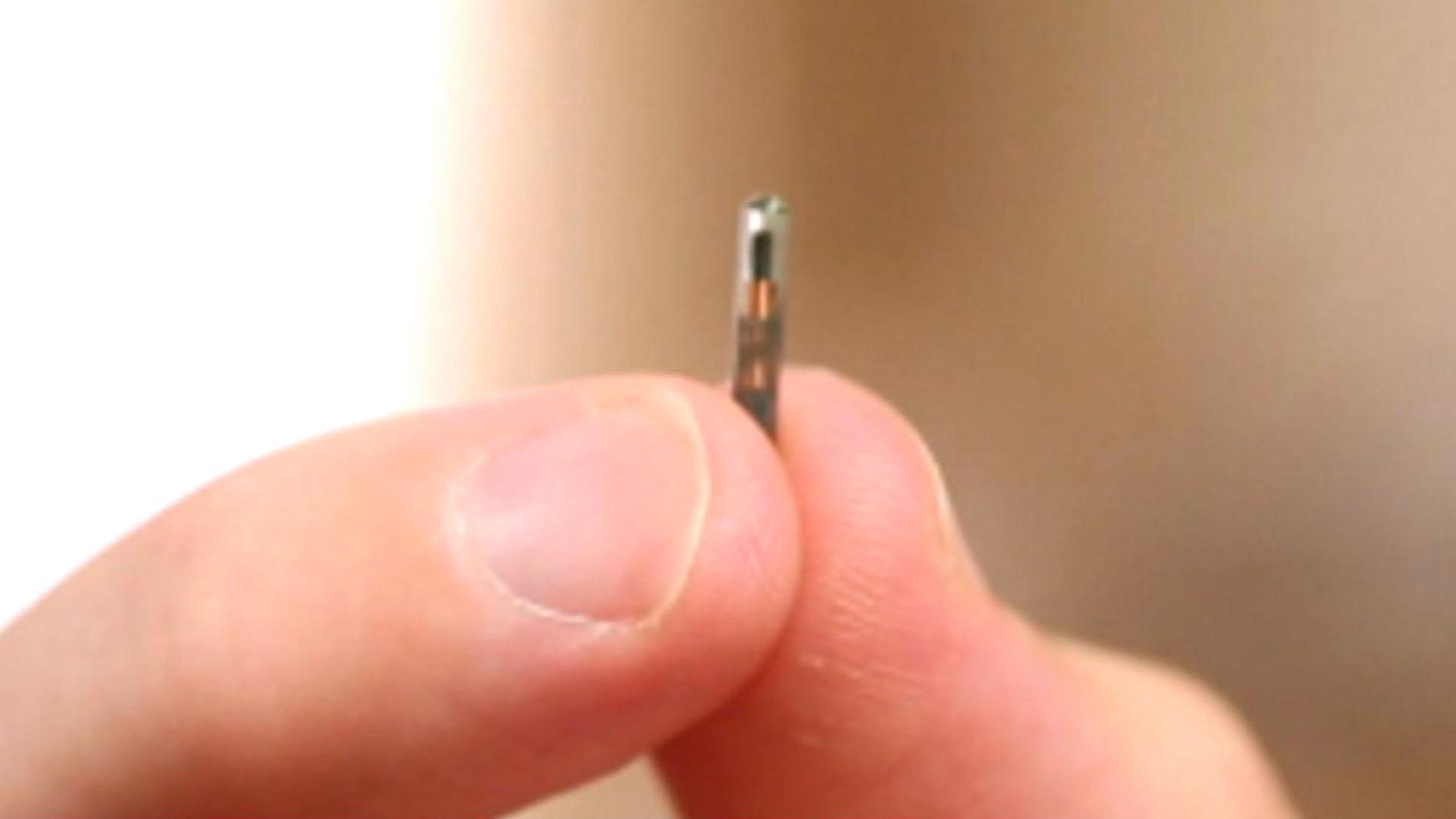 A Wisconsin company claims it will be the first in the country to implant microchips in most of its employees.

Three Square Market plans to implant chips in the hands of volunteers among its workforce. The technology replaces identification cards used to open doors and operate office equipment.

CBS News correspondent Jamie Yuccas reports the company, which is based in River Falls, has 80 employees. Privacy concerns have been raised by the plans.

Three Square Market will likely use the technology the most in the break room. To pay for a candy bar or a bag of pretzels, all an employee would have to do is flick their wrist.

By next week, over 50 employees will have bionic hands, with a credit card chip implanted near their wrist.

"Basically it's a serial number that is assigned to your credit card," owner Todd Westby said.

The company is offering the chips, which cost about $300 a piece, to its employees for free. Westby, his wife and two children will also be getting microchipped.

"It's for entrance to the building, logging into computers, making purchases in our break room market, things of that nature," Westby said.

Employees will now have two ways to get into the building. They can either use the traditional keypad with their identification number, or if they're microchipped, they can just use their hands and swipe. That will allow them to open the door.

Three Square Market makes vending machines with credit card chip readers. Experts wonder if this is all a publicity stunt and worry about the loss of privacy.

"Do you want someone to know every time you enter or leave a room?" CNET senior editor Dan Ackerman asked. "There's a degree of autonomy that's lost with this, you know, person to person, one to one tracking. You can never leave it behind. You can't really turn it off."

"I think it's a step towards the future," Eric White, an assembly line manager, said.

White said he thinks the chips could eventually save lives.

"Somebody who's allergic to something or has a condition, they can scan your hand and all the information is there," he said.

The technology is already being used in Europe. But the company hoping to popularize the chips in the U.S. is far from tech hubs like Silicon Valley.

Three Square Market is working with a Swedish company to microchip its employees. The chips are the size of a grain of rice. A professional piercer has to implant it, but experts say to take it out, it's as easy as removing a splinter.

As for the pain factor, it's similar to piercing your ears.

Returning to Cookeville after 2020 tornado
Thanks for reading CBS NEWS.
Create your free account or log in
for more features.
View CBS News In
CBS News App Open
Chrome Safari Continue
Be the first to know
Get browser notifications for breaking news, live events, and exclusive reporting.