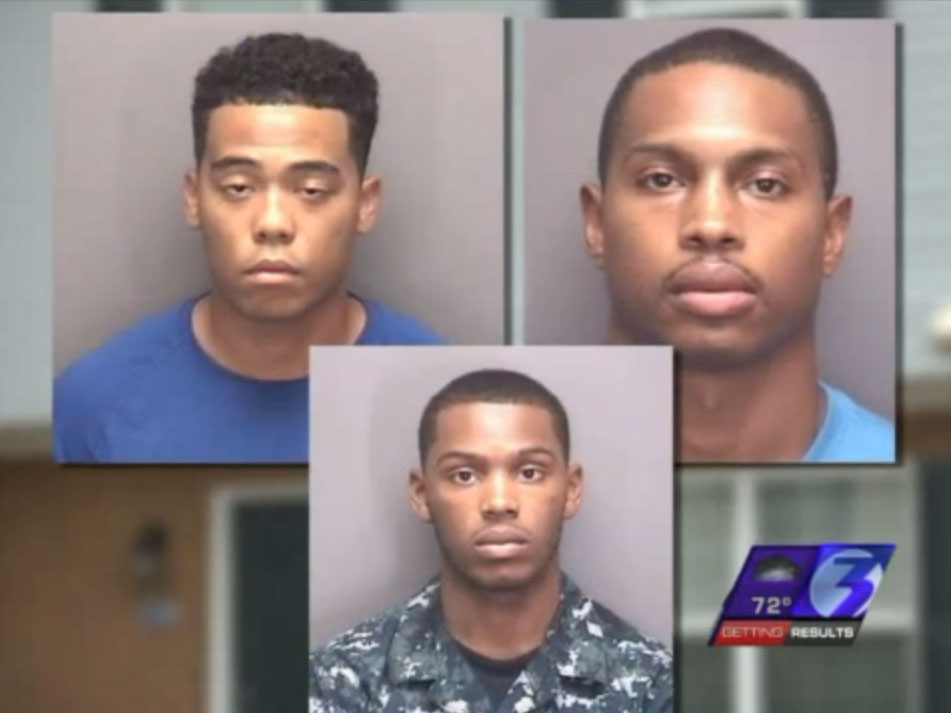 At one point during the assault, all three sailors were sexually assaulting the woman at the same time, reports the station, citing court records.

The woman was reportedly engaged in consensual sexual acts with Freddrick Lamar Thompson, 24, while she was visiting an apartment Aug. 16. According to the court records, Thompson began raping her when two other suspects, Michael Jerame Willis, 20, and Daniel Keith Saunders, 22, came in the room and also began raping her.

The three men and the victim were acquaintances, reports the station.

The woman reportedly said "she felt scared it would be worse if she resisted," according to a criminal complaint.

The three suspects are being held without bond and are scheduled to appear in court next week.