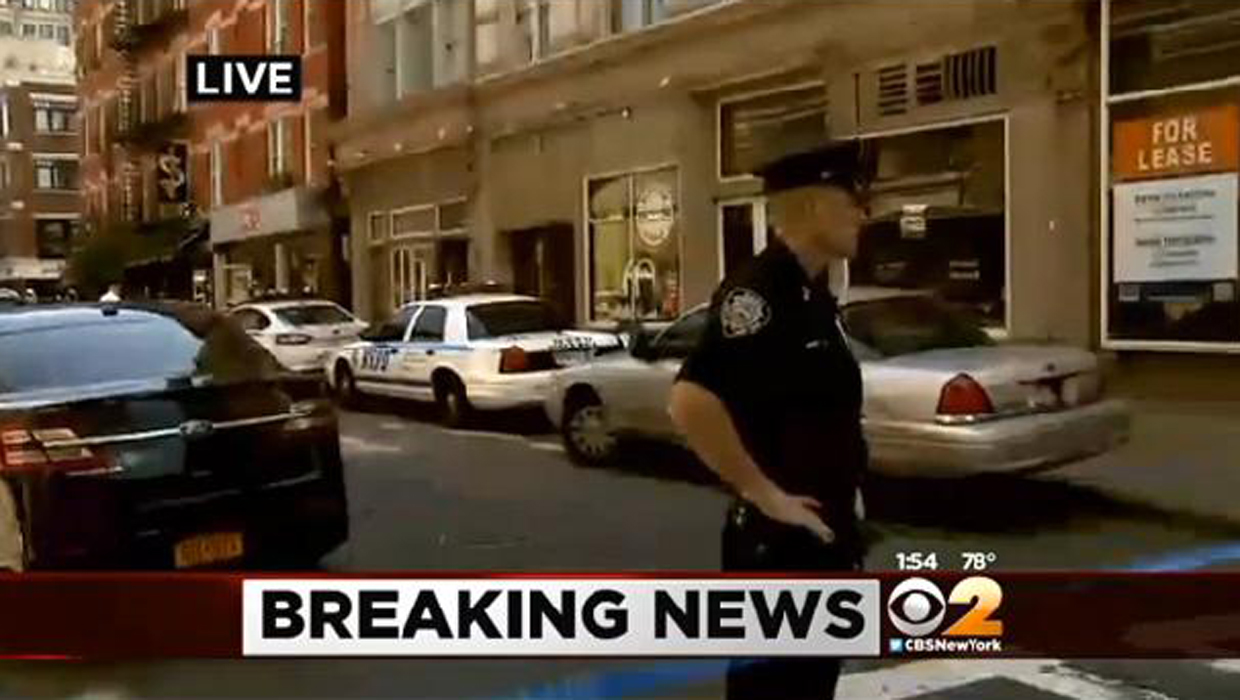 NEW YORK - Three law enforcements officers were wounded during a shootout with a sexual assault suspect Monday afternoon in Manhattan, reports CBS New York. The suspect was also injured and has since died.

Two U.S. marshals and a member of the NYPD's fugitive task force were shot in New York City's West Village neighborhood around 1 p.m., according to the station. All three officers were taken to Bellevue Hospital for treatment and are in stable condition.

The station reports the suspect, Charles Mozdir, was shot during the altercation and later died. Mozdir was being sought for alleged sexual assault of a 7-year-old boy and possession of child pornography from June 2012. He had recently been featured on John Walsh's TV series "The Hunt," according to reports.

The U.S. Marshals Service said the gunfire erupted as a fugitive apprehension task force was trying to arrest the suspect at a smoke shop in the city, according to CBS New York.

Sources told the station that the NYPD officer was shot twice in the stomach. One of the marshals was reportedly shot in the should, the other in the buttocks.

"We pray everything we are hearing is true and that these officers will be okay in the long run," Mayor Bill de Blasio said.

The wounded officers have not been identified at this point.

The suspect was initially arrested in California, but posted bail and subsequently failed to show up at a court hearing, the station reports. He had been a fugitive for two years.