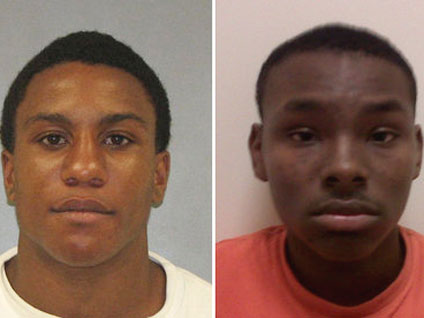 NEWARK, N.J. (CBS/AP) Three teens have been charged with murder in the beating death of a 47-year-old Salvadoran immigrant, in the upscale community of Summit, N.J.

Not only that, but authorities say the teens also filmed the attack using a phone video-camera, and then circulated the video among teenagers in the town.

To add still further insult to injury, as the father of four, Abelino Mazaniego, clung to life, a nurse in the emergency room allegedly helped himself to the $640.00 that was in the victim's wallet.

Mazaniego had just finished his restaurant shift the evening of July 17 and was relaxing on a bench when three young men, ages 17, 18, 19, approached and decided to attack the man for no apparent reason.

According to The Star Ledger, the video recorded at the scene shows one teenager holding Mazaniego's shirt in front of him while another punched him in the face.

Khayri Williams-Clark, 18, Nigel Dumas, 19, and an unidentified 17-year-old were arrested July 21, one day after the victim died, and have been charged with murder rather than manslaughter, which was the original charge.

Nurse Stephan Randolph, 39, allegedly the took money out of Mazaniego's wallet, and is charged with third-degree theft.