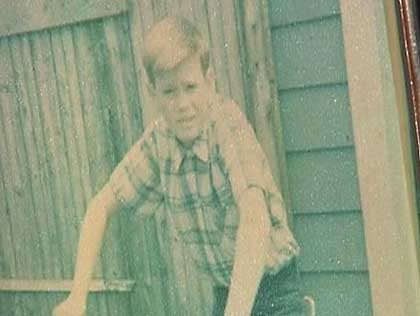 (CBS/AP/WBZ) LOWELL, Mass. - Three men were arrested Thursday in connection with the murder of a 15-year-old boy in 1969, according to authorities in Massachusetts.

The body of the boy from Tewksbury was found in the fall of 1969 in a vacant lot in the neighboring town of Lowell. McCabe's body had been bound with rope, and the boy's eyes and mouth were duct-taped shut. The boy had last been seen alive at a dance.

Middlesex County prosecutors say the assault occurred because McCabe had been paying too much attention to Shelley's then-girlfriend. Shelley allegedly recruited friends Brown and Ferreira to teach McCabe a lesson. They grabbed McCabe after a dance and left him alive and tied up in the vacant lot, according to prosecutors. Prosecutors say when the three returned two hours later, McCabe was dead and the friends made a vow not to speak of the incident.

McCabe died of strangulation while attempting to escape the ropes, investigators say.

Shelley pleaded not guilty to murder on Friday and was ordered held on $500,000 cash bail. Brown also pleaded not guilty and was released on personal recognizance. Ferreira faces a fugitive warrant in New Hampshire before he can appear in a Massachusetts courtroom.

Although he would not specify what led authorities to the suspects, Middlesex District Attorney Gerry Leone described the recent arrests as an "incredible turn of events."