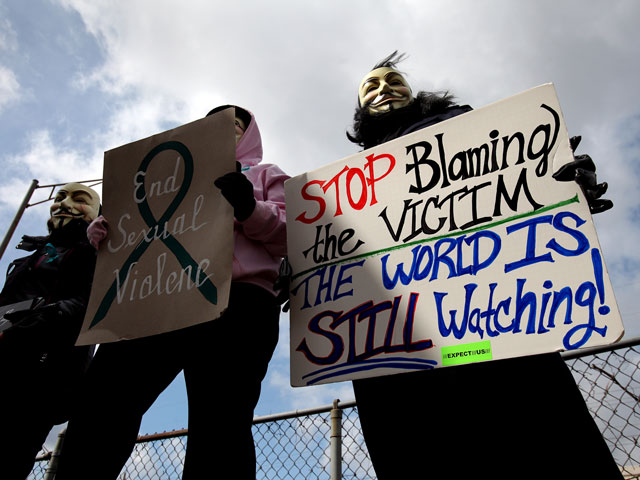 (CBS) - On the very day the boys who raped her were found guilty, the victim in the notorious Steubenville rape case became the apparent victim of yet another crime: menacing.

Two teen girls were arrested Monday after allegedly posting on Facebook and Twitter threats to hurt or kill the girl at the center of a much-publicized rape case.

To those who work with sexual assault victims, the news was unwelcome, but not surprising.

"That's not uncommon," says Tracy Cox of the National Sexual Violence Resource Center. Even after a verdict, Cox says that rape victims and their families are often targets of backlash.

Scott Berkowitz, the president of the Rape, Abuse and Incest Nation Network (RAINN), says that in his experience, threats to a victim don't usually rise to the level of physical violence, but that the badmouthing of victims - especially right after they've reported the crime - can be brutal.

And this, says Cox, can have a chilling effect on other victims.

"When victims hear about threats, it throws a blanket of silence over them," she says. "No one wants their physical well-being jeopardized."

After Ma'Lik Richmond, 16, and Trent Mays, 17, were sentenced to juvenile incarceration Sunday, Ohio Attorney General Mike DeWine announced that he was calling for the creation of a grand jury to investigate possible charges against other Steubenville residents - including students, parents, coaches and high school personnel - who may have known about the rape and either failed to report it or acted to cover up evidence.

The next day, DeWine had a 15-year-old and a 16-year-old arrested for making threats against the rape victim. They are currently being held in juvenile detention.

"A lot of prosecutors would have ignored it," says Berkowitz. "The fact that he pressed charges is impressive."