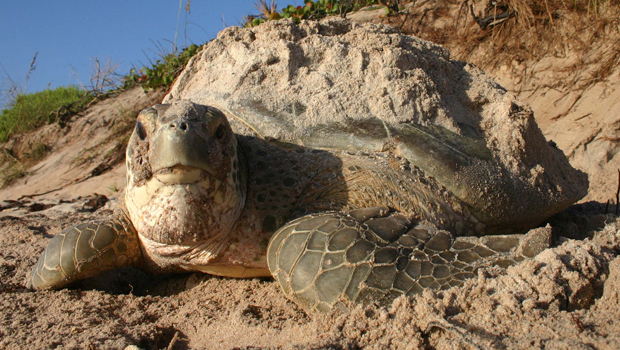 MANTEO, N.C. - The National Park Service says a green sea turtle was run over by a vehicle while nesting at Cape Hatteras National Seashore.

The Park Service said in a news release that the injured green sea turtle was found on the beach Sunday morning and had to be euthanized. Green turtles are a threatened species.

Rangers say the turtle is thought to have come ashore Saturday night. It appears the turtle had begun to lay its eggs in the sand when it was run over.

Biologists were able to save nine eggs found near the sea turtle.

The turtle was found in an area of the beach where off-road vehicles are permitted to travel. No one reported the incident to rangers.