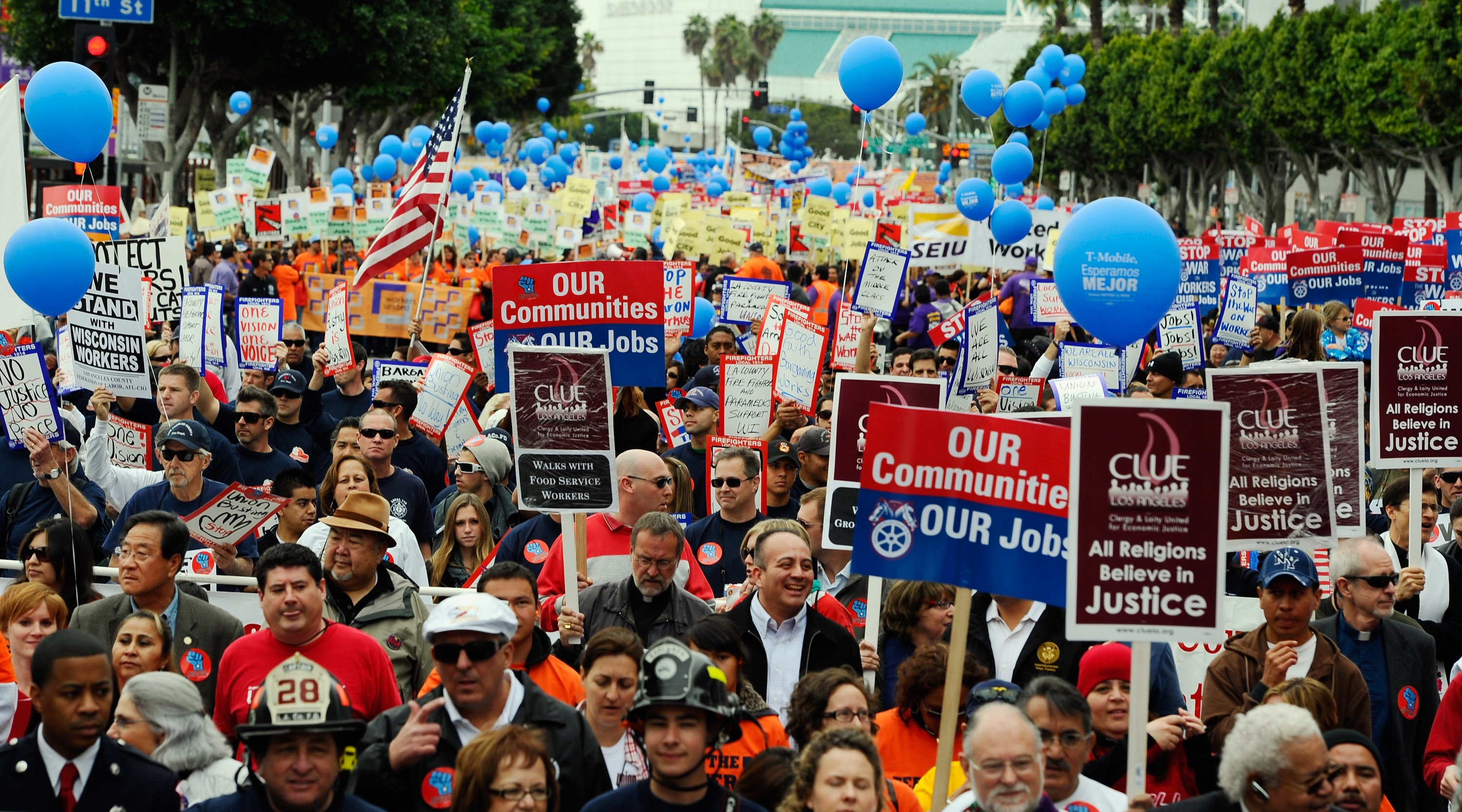 LOS ANGELES - Thousands of union leaders and workers marched through the streets of downtown Los Angeles on Saturday, vowing and shouting that they would fight for organized labor in California after recent union setbacks in Wisconsin and other states.

Between 5,000 and 8,000 people, led by a group of Teamsters and including nurses, electricians, teachers and longshoremen, marched in the afternoon protest that began at Staples Center and ended with a rally at Pershing Square, according to police estimates.

One of several rallies around the country, the downtown event had some uniquely Hollywood elements - rallying workers included unionized actors and screenwriters.

The marchers, many of whom were brought in by school bus from as far away as San Diego, carried signs reading "Stop the war on workers" and "We stand with Wisconsin workers."

Tom Morello, guitarist for the band Rage Against the Machine, performed.

Mahlon shouted at the rally that the battle in Wisconsin is a "direct attack" on all unions and the entire American middle class.

"An injury to one is an injury to all!" he shouted, and warned that similar policies could be instituted in cash-strapped California.

"This is more than just about union-busting, this is about busting the middle class, and this is about future elections as well," Mahlon told KCAL-TV after the speech.

Wisconsin Gov. Scott Walker signed into law a bill earlier this month stripping most public workers of collective bargaining rights, but it was facing legal challenges.