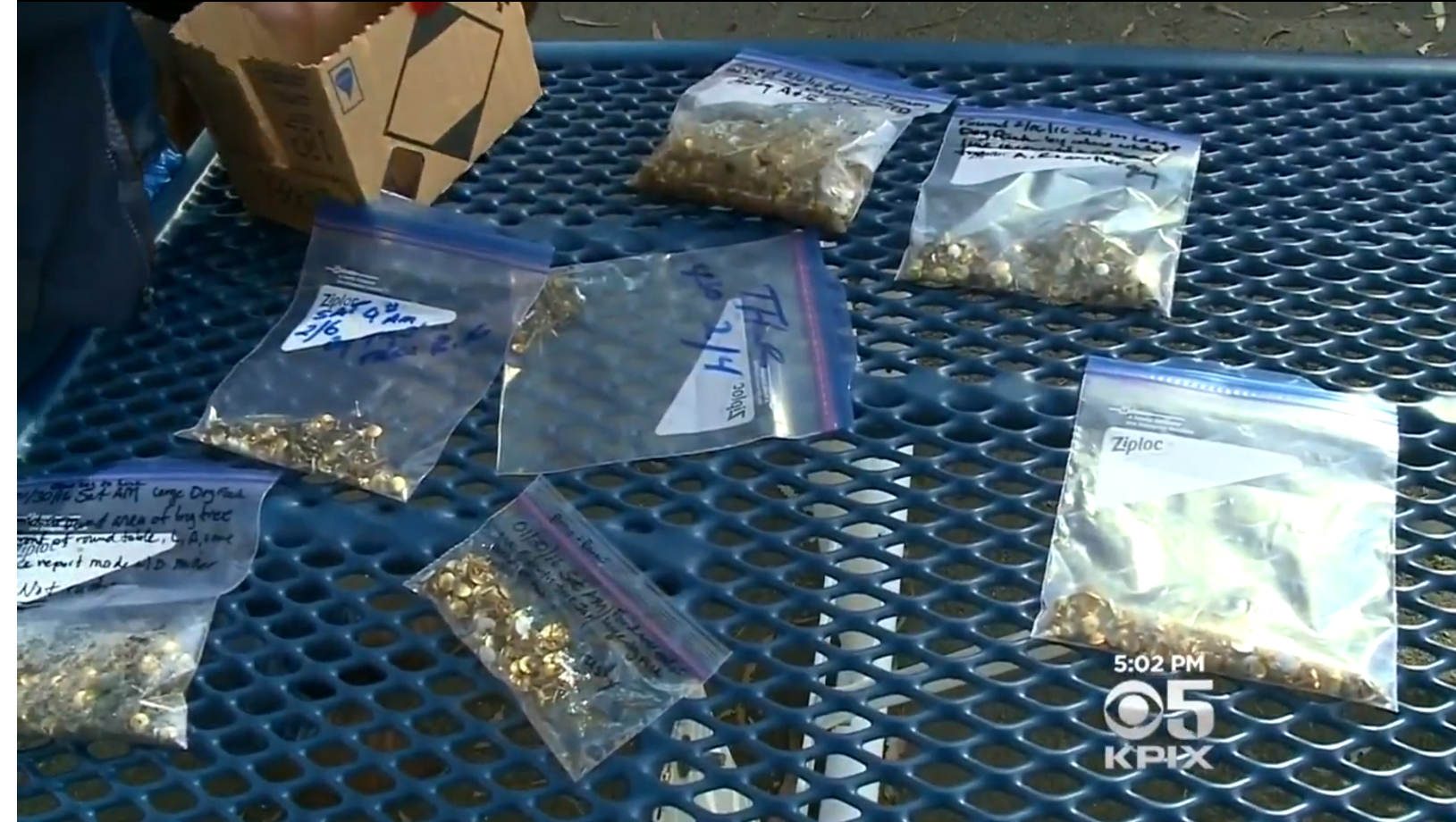 HERCULES, Calif. -- Police say they have stepped up patrols and are considering putting cameras to try to catch whoever is spreading thousands of thumbtacks across a Northern California dog park.

KNTV reported Wednesday dog owners have picked up between 3,000 and 5,000 tacks from the Ohlone Dog Park and a nearby creek in Hercules over the past three weeks and handed them over to police.

Dog owners say they clear one area of tacks only to come back the next day and find more tacks strewn in the same place.

Anthony Hayes brings his dog to the park and says people have even found thumb tacks in the water bowls.

Hercules Police have posted notices alerting people to be cautious and asking anyone who may have information to call them.