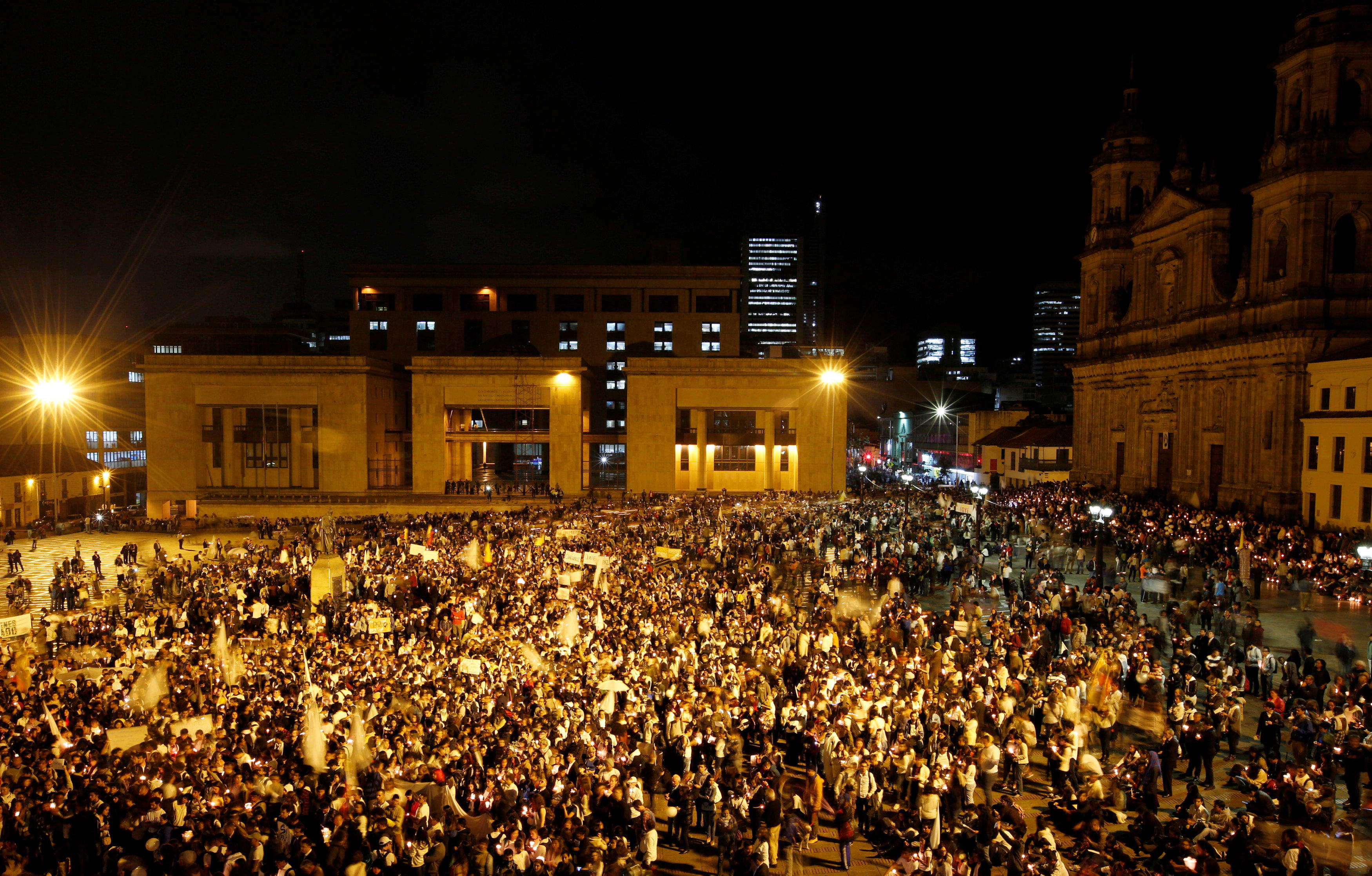 BOGOTA, Colombia Thousands carrying candles and waving white flags and handkerchiefs marched through the capital Wednesday demanding Colombia’s political establishment and leftist rebels not give up on a peace deal narrowly rejected by voters.

The “March for Peace” was organized on social media by student groups and social movements that were on the losing end in Sunday’s national referendum. Many walked silently, while some carried pictures of loved ones among the 220,000 killed during the half-century conflict involving the military, leftist rebels and right-wing militias.

“Peace can’t be delayed forever,” said one demonstrator, Carlos Charry, a 37-year-old sociologist. “It’s time everyone understands that we can’t keep repeating the same mistakes of the past 52 years.”

The march came as President Juan Manuel Santos embarked on talks with the opposition to try to save the accord with the Revolutionary Armed Forces of Colombia.

Earlier in the day Santos met with his predecessor as president, Alvaro Uribe, who led opposition to the deal with the FARC. They talked privately for several hours, announcing only they agreed to form a commission that will begin meeting Thursday to evaluate ways to improve the accord.

The conservative Uribe helped win the presidency for Santos, his defense minister, but the two later split and hadn’t met since 2011. Uribe’s campaign against the peace deal capitalized on widespread hatred of the FARC, denouncing provisions to spare rebels who committed atrocities time in jail and to give the FARC’s future political movement 10 seats in congress.

Although FARC leaders have said they have no intention of returning to the battlefield, and have been encouraging Colombians to make their voices in support of peace be heard, it’s not clear they are willing to reopen talks. If they do, Uribe will almost certainly push for stiffer penalties.

FARC commander Timochenko on Tuesday said the referendum results have “no legal effect whatsoever, citing the fact that the “final” accord had already been signed and deposited with the Swiss Federal Council in Bern as a special humanitarian agreement under the Geneva Conventions.

Political marches are rare in Colombia, a reflection in part of an elite-driven political system that fueled apathy and left many Colombians marginalized. Turnout for Sunday’s referendum was barely 37 percent - less than many congressional elections.

“We need peace no matter what it takes,” said Jennifer Lopez, a 28-year-old teacher who said a cousin had been kidnapped years ago by the FARC. “The meeting between Santos and Uribe shouldn’t have been behind closed doors. All the Colombian people should know what they’re deciding.”