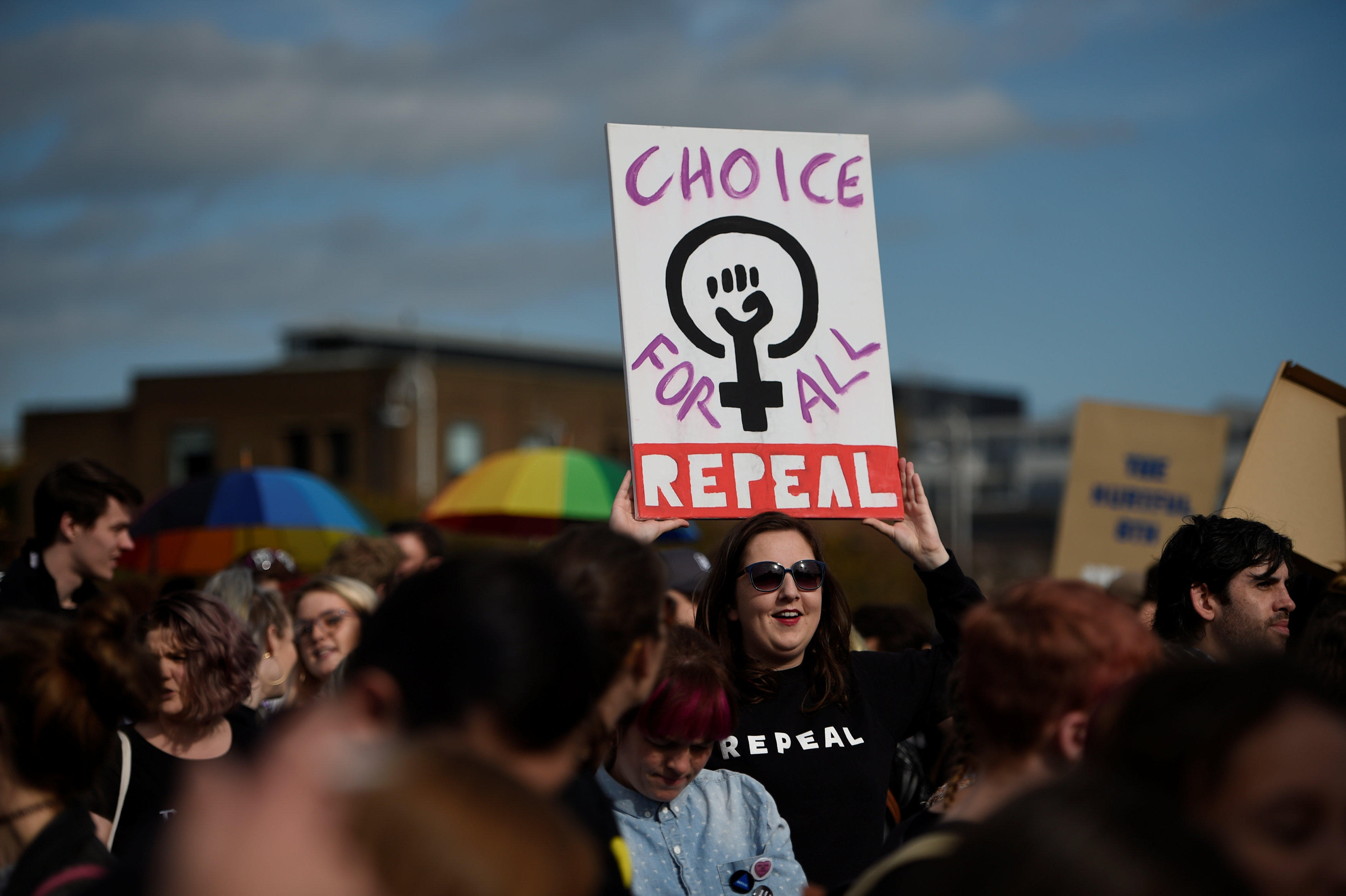 Tens of thousands on Saturday marched through Dublin to demand that Ireland change its abortion laws, BBC News reports.

The March for Choice is the first major demonstration since Irish Prime Minister Leo Varadkar announced earlier this week that there would be a referendum on lifting the constitutional ban on abortion. The referendum will likely be held in May or June 2018.

Abortion is still a controversial topic in larely Catholic Ireland, which only permitted abortion if a mother's life is in danger in 2013. The Eighth Amendment of the Irish constitution, introduced in 1983, gives an equal right to life to a pregnant woman and an unborn child.

But thousands of women a year go abroad to have an abortion, BBC News reports. The maximum penalty for accessing an illegal abortion in Ireland is 14 years in prison.

Anti-abortion activists staged counter events in the city and across Ireland to warn against relaxation of the current law.

According to Reuters, the human rights arms of the United Nations and Council of Europe have pressed the government to decriminalize abortion and widen the law to allow for the procedure in cases of fatal fetal abnormality, rape or incest.  Reuters reports that opnion polls show a large majority of voters want some change, and pro-choice activists want laws similar to Britain, which allows abortion up to 24 weeks.