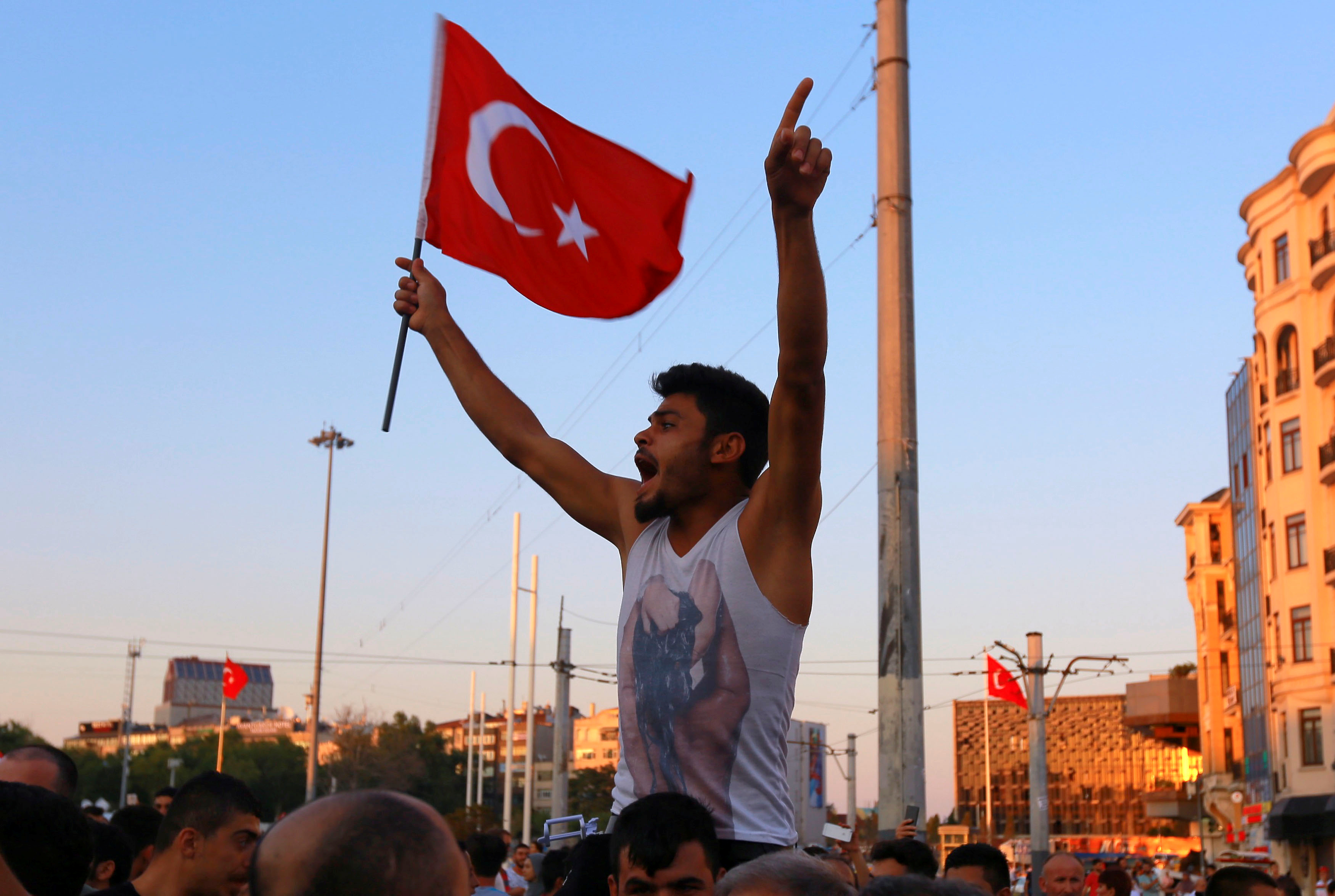 Video captured one man diving under a tank -- and emerging with minor injuries. Now, a purge is playing out on TV.

They're accused of leading the failed military coup, and now these soldiers are being paraded and humiliated on Turkish television.

But Turkey's leaders believe they have more enemies so they've fired more than 15,000 school teachers, demanded resignations from over 1,500 university deans, and suspended around 8,000 police officers -- along with nearly 3,000 judges and prosecutors.

The scale of crackdown has many Turks worried that they averted a coup -- only to see their fragile democracy crushed.

To the cheers of supporters, President Recep Tayyip Erdogan said he wants to restore the death penalty.

President Erdogan is an Islamic conservative -- who long before this failed coup was criticized for stripping away people's democratic freedoms -- locking up journalists, his rivals, and even those who dared to speak out against him on social media.

Turkey wants the U.S. to extradite Fethullah Gulen -- the moderate Islamic cleric it blames for the coup. The U.S. it needs to see the evidence first.

Wednesday night the government is also shutting down over 500 schools. The backlash isn't over yet, one of America's most important allies in the East is fighting a battle against itself.