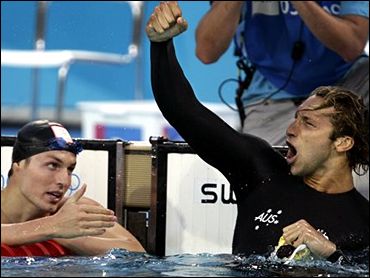 SYDNEY - Five-time Olympic gold medalist Ian Thorpe says he will end more than four years of retirement with the goal of swimming at next year's London Games.

Speaking at a media conference Wednesday, Thorpe said he is returning to competitive swimming and will train ahead of the Australian Olympic selection trials in February or March 2012.

He said he will concentrate on the 100-meters freestyle with a view to competing in the relay events at London.

Thorpe, 28, retired in Nov. 2006 after setting 13 world records and winning 11 world championship golds. He won the 200- and 400-meters freestyle at the 2004 Athens Olympics in his last major international meet.