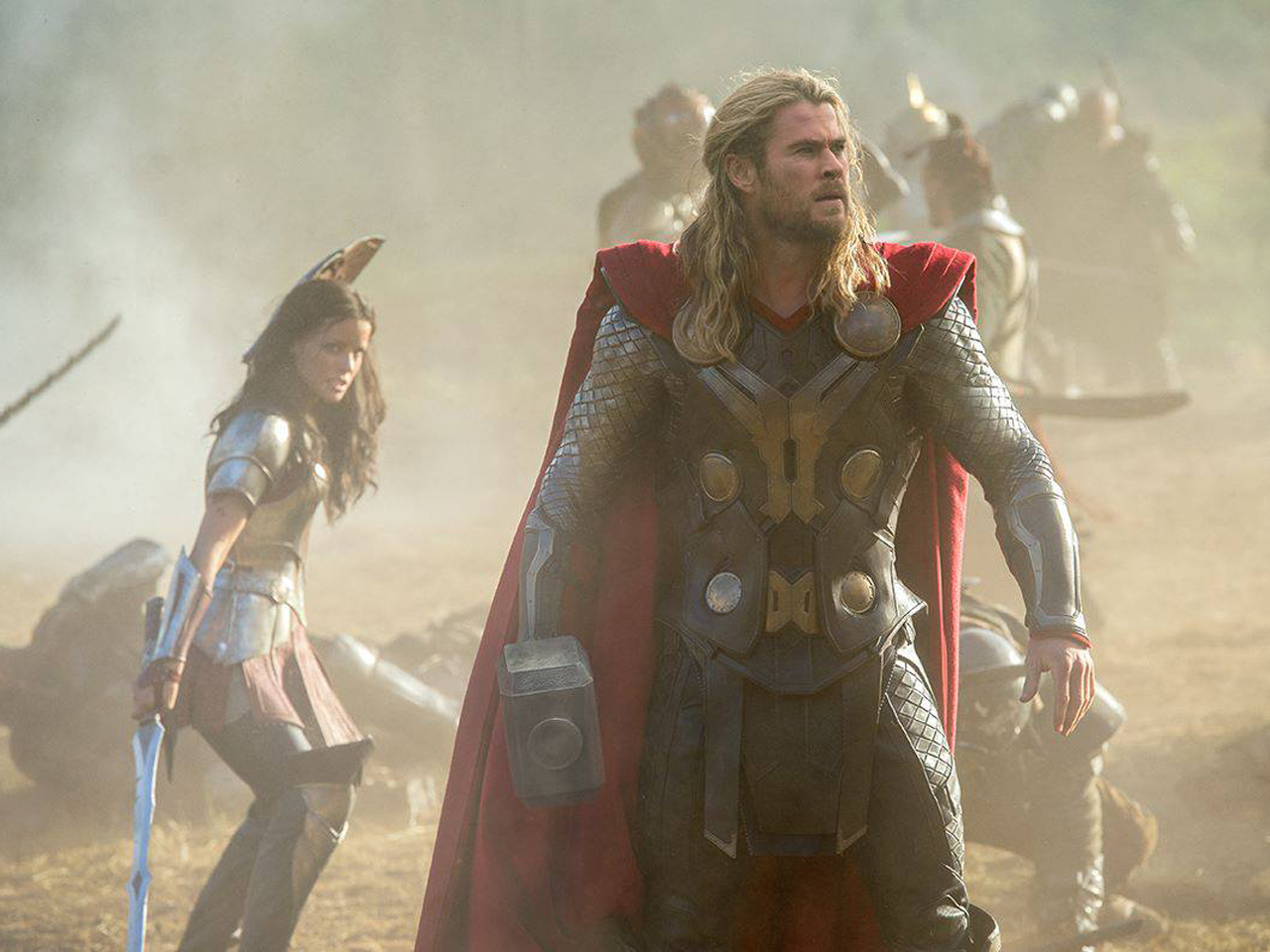 The reviews are in for "Thor: The Dark World," and critics aren't as pleased this time around as they were with the first installment.

Most of the complaints have been directed towards the plot, with many reviewers arguing that the filmmakers placed more emphasis on the CGI instead of the actual story.

Chris Hemsworth returns as the hammer-wielding alien, this time tasked with protecting his home planet, Asgard, from sinister ancient forces. Oscar-winners Natalie Portman and Anthony Hopkins are also back, along with Tom Hiddleston as Thor's antagonistic foster brother, Loki.

Particular praise has gone to Hiddleston's performance. Some critics have said that Loki steals the show, wishing that more of the film had been devoted to him:

Jeanette Catsoulis, The New York Times: "Rewarded with the best lines and most flattering camera angles, Loki, the master of illusion, is a genetic anomaly in a bulked-up bloodline. He's also the spoonful of sugar that helps this medicine go down."

Peter Travers, Rolling Stone: "Not enough Loki. Too many tacky 3D effects. And then there's the hard fact that everything old isn't necessarily new again just because the bottom line wishes it so."

Joe Neumaier, New York Daily News: "'Thor: The Dark World' may not be thunder from the movie gods, but it is -- shock! -- an entertaining journey into mystery, action and fun."

Andrew O'Hehir, Salon: "What I enjoyed about the film and what I found annoying nearly canceled each other out, so that after two hours of noise and battle scenes and high-end CGI effects and conversations in the proto-Icelandic dialect of the Svartalfen, or Dark Elves, it almost seemed as if I hadn't had the experience at all, or as if this bewildering jumble of fantasy ingredients really were composed of miscellaneous bits and pieces of other movies I've already seen."

Owen Gleiberman, Entertainment Weekly: "Hiddleston, with pleading eyes and a mad-dog grin, plays Loki as a wounded sociopath who's cackling at the world but seething on the inside. Which makes you realize he's just about the only character in the movie who has an inside."

Leslie Felperin,The Hollywood Reporter: "Amiable hunk Chris Hemsworth may play the title character in this subset of Marvel's meta-Avengers franchise, but this well-intentioned 'witless oaf,' as his evil foster brother describes him at one point, is practically a guest a his own party here, as scads of new characters and millions of dollars worth of CGI crowd the screen."

Joe Morgenstern, The Wall Street Journal: "Most of the action is generic, though sufficiently straightforward to provide relief from the incoherent storytelling."

Mick LaSalle, San Francisco Chronicle: "Bigger is not always better. 'Thor: The Dark World' pumps up the action and special effects and loses some of the human element that made the original 'Thor' (2011) something charming and unexpected."

Michael O'Sullivan, The Washington Post: "Is 'Thor' getting dumber, or am I?"

Michael J. Fox was in "7 years of denial" after Parkinson's diagnosis