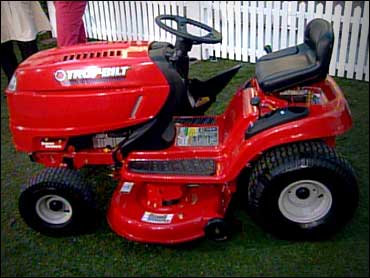 (AP) MURRYSVILLE, Pa. - A western Pennsylvania man has been charged with driving drunk while carrying an open can of beer - on a riding lawn mower.

Police say Marrone smelled of alcohol and had an open can of Coors Light in the mower's storage compartment. They say he told them he was driving to his Murrysville home - roughly 6 miles away.

He faces a preliminary hearing Tuesday on charges including driving under the influence and driving with a suspended license.