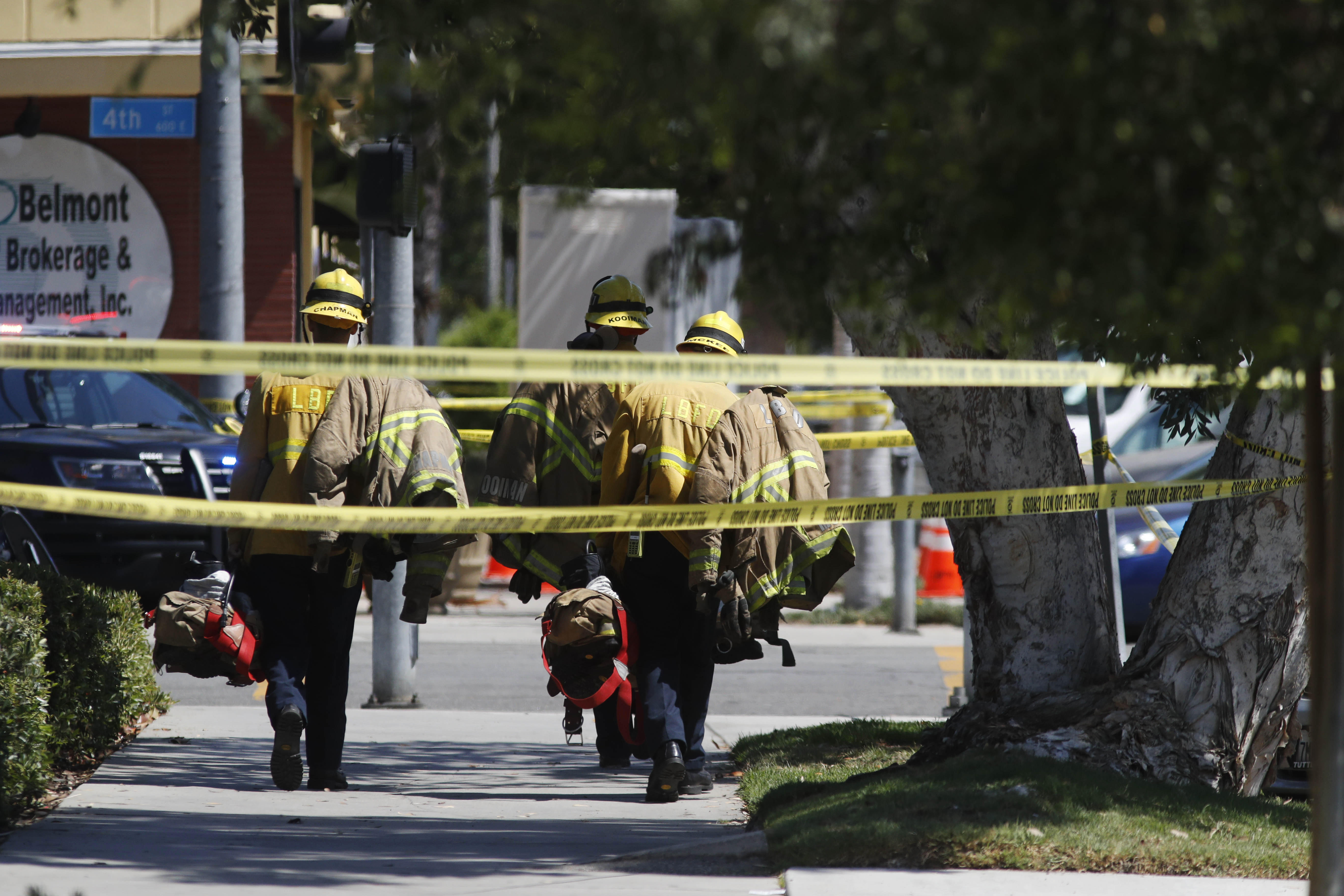 LONG BEACH, Calif. -- A retirement home resident shot at firefighters who responded to a report of an explosion at the Southern California facility on Monday, killing a veteran fire captain and leaving a second firefighter and another resident wounded, officials said. His motive was not immediately known.

Thomas Kim, 77, was arrested on suspicion of murder, attempted murder and arson after Monday morning's shooting in Long Beach, south of Los Angeles.

The shooting happened shortly after firefighters arrived at the 11-story retirement facility around 4 a.m. and found some windows blown out, activated sprinklers, the smell of gas and a fire that they extinguished, authorities said. Firefighters were searching the building when shots were fired and the two firefighters were hit, Long Beach Fire Chief Michael DuRee said.

Fire Capt. Dave Rosa, who had worked for the department for 17 years, died at a hospital Monday morning, DuRee said. He is survived by a wife and two children -- ages 16 and 25, the chief said.

The other firefighter, Ernesto Torres, was expected to make a full recovery, DuRee said.

An elderly resident at the retirement home was also shot and was in critical but stable condition, said Police Chief Robert Luna.

Dozens of firefighters stood at attention and saluted as the flag-draped coffin carrying Rosa's body was brought out of a hospital Monday afternoon and loaded into a coroner's van. Community members waved American flags along the street outside the hospital as the procession of police and fire vehicles escorted the van to the coroner's office.

Luna said a revolver was recovered after Kim was taken into custody Monday morning. Investigators were still working to determine Kim's motive and were examining whether he intentionally lured first responders to the scene to ambush them, Luna said.

"There is still a large puzzle we are trying to put together," he said.

Detectives still have "a lot of questions about the devices that were found and the suspect's intent," Luna said.

"That's the environment we work in today, as law enforcement and firefighters. You go to these scenes and you never know what's on the other side of those doors. And these brave firefighters went through those doors and unfortunately they were met with gunfire," Luna said earlier Monday.

One resident told CBS Los Angeles he saw an explosion outside of a sliding glass door. He said he saw one of his neighbors had been shot.

Pamela Barr, who lives in the building, said she was awakened by fire alarms and didn't panic because false alarms are not uncommon. She tried to go back to sleep but then learned what was happening by watching TV news. Firefighters later evacuated the building and put residents on buses.

"This is a lot to deal with," said Barr, 73, as she sat with her son in a car, waiting to be allowed back in the tower, where she lives on the ninth floor on the opposite end of the building from where the fire occurred.

Barr said she hadn't heard of any troubles involving residents of the facility, where she has lived for seven years. She described it as clean, well run and secure.

Gloria Ford, 58, who lives a few blocks away, was awakened by screaming sirens earlier and came to check out the scene.

"I'm very sorry about it. I'm sick about it," she said about the death of the firefighter. "It's just mad."

The residential tower near downtown Long Beach has 100 apartments for low-income people age 62 and older as well as disabled adults over age 18, according to its website.

Long Beach is a major port city with a population of more than 400,000.