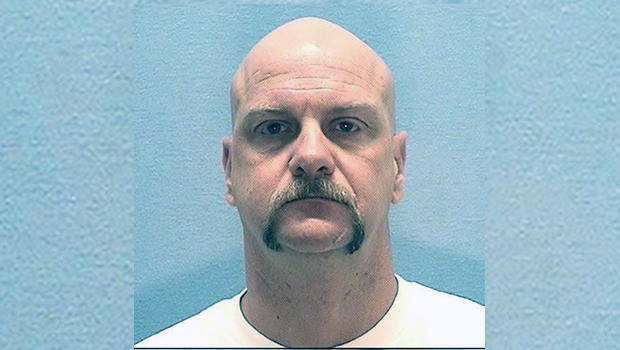 KIRKERSVILLE, Ohio -- Court records show the man authorities say gunned down an Ohio village police chief and two nursing home employees had a history of violence, including against the nurse who was among the slain.

State and local authorities said Saturday the investigation was continuing and they had no new information to release on the deaths in the village of some 500 residents, roughly 25 miles east of Columbus.

Records show Medrano had obtained civil protection orders against Hartless. He was released from jail in April after his latest domestic violence case in March. He also served time for a 2009 abduction of another woman.

"I am afraid to be alone with him, that he will hurt me for good," Medrano wrote in her latest petition in May. The Columbus Dispatch reported that court officials said Friday that protection order was still in effect. Records show Medrano had reported injuries including a concussion and cuts requiring stitches.

The Dispatch reported that she had earlier told police he once showed her a hole he had dug and said he would put her in it if she didn't stay with him. She also told police Hartless "doesn't like police."

Hartless' neighbor, Connie Long, told reporters Medrano had taken shelter in Long's home March 6 after he attacked her. Long had posted a Facebook warning to the community that "a violent man" was loose after Hartless was released only weeks later.

Disario headed the Kirkersville Police Department for only about three weeks, Licking County Sheriff Randy Thorp said. He was the father of six children, with a seventh on the way, the sheriff said.

Residents in the community added to a growing memorial outside the police department Friday night, CBS affiliate WBNS-TV in Columbus reports. Darlene Ruff told the station it was the least she could do.

"He gave his own life to protect everybody and now his kids don't get to see their dad again," she said. "I remember he had given candy to the kids and it was just so sweet because he was new you know so, this is just our gratitude to say thank you for protecting all of us."

Authorities say the gunman had taken two passers-by as hostages in a wooded area behind the nursing home. Disario, responding to a report of a man with a gun, said in his last radio communication that he had the man in sight. The hostages escaped unharmed, as did all 23 residents of the nursing home.

Ohio Gov. John Kasich ordered that all flags be flown at half-staff at all public buildings and grounds throughout Licking County and at the Ohio Statehouse through sunset May 16 to honor the lives lost in "senseless acts of violence" in Kirkersville.