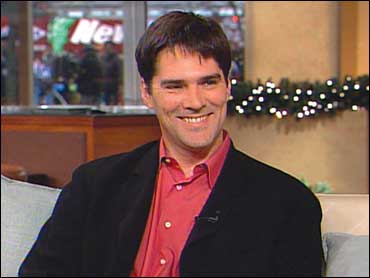 In the CBS drama "Criminal Minds," Thomas Gibson plays Aaron "Hotch" Hotchner, the leader of an FBI profiling team that tracks down some of America's most violent criminals.

The show has enjoyed a lot of success, and was beating the ABC phenomenon "Lost" at one point last fall.

"I always said it's Sherlock Holmes split into seven or eight parts," Gibson told The Early Show co-anchor Harry Smith. "But it's a unit of the FBI who have been studying serial killers for 30 or 40 years."

The show has been a success despite the lack of fanfare and hype. The key is that "people have seemed to like the stories," said Gibson, 44.

"What is also nice is expectations were set low for the show because we were up against a show like 'Lost,' " he said. "And people kept tuning in and word of mouth helped us."

Gibson, who studied at Julliard, stared on a very popular sitcom, "Darma and Greg" several years ago and welcomed the change to a more serious show.